We publish the first video of our investigation of the case of Close encounter of the first kind (RR1) de Stoneham, to 20 km North-West of Quebec City. Tuesday 15 August 2006, a taxi driver met a large flying saucer who & rsquo; then continued on around 4 km. This witness a first time told his testimony UFO-Alert Network December 2006. In 2010, Yann Vadnais recontacted to the s & rsquo; ensure the persistence of visual memory and testimony of witness. Here is his testimony finally taken on the premises of the & rsquo; event in October 2014 :

The parties 1 and 3 of 3 will be published shortly. 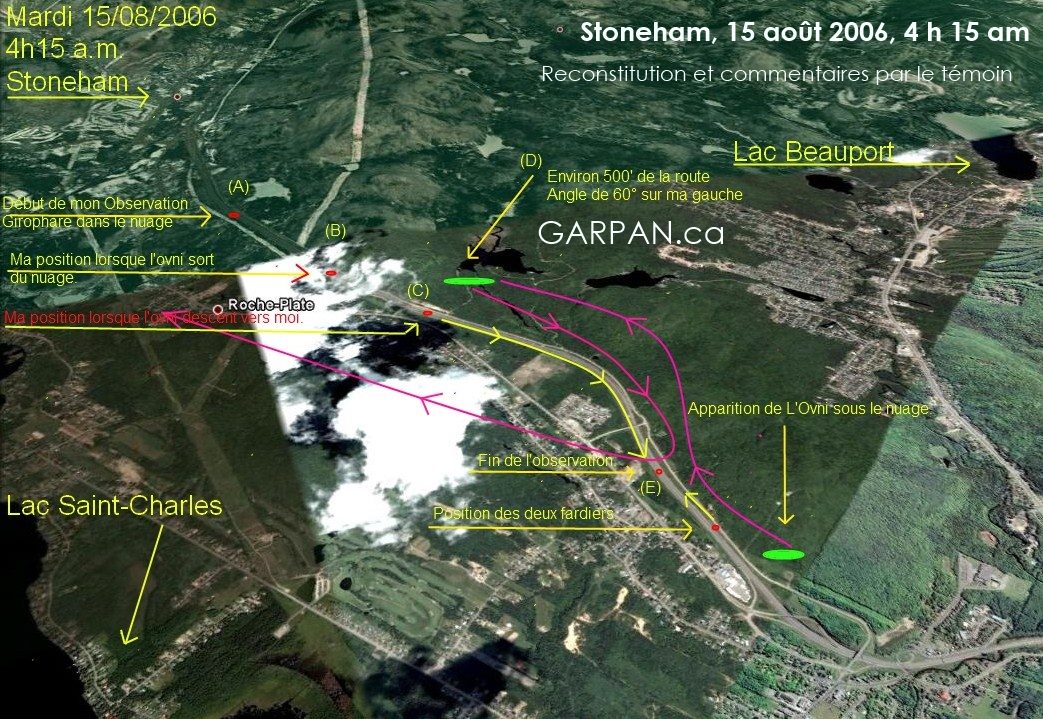 This case d & rsquo; investigation can be found in our book "Investigating UFOs to understand our reality, Forty cases of Quebec (1973-2013) ».
Click here to order this book.