The 13 August 2001, a woman and her son have seen a UFO oddly shaped during Perseids, in St. Croix, to 42 km from Quebec City. En effet, two people were sitting outside around a fireplace when they both felt that they had to look behind them and this is where they could see this huge machine which was difficult to see early onset. The object passed to 150-200 feet of the two witnesses and the description thereof has been clearer. It was falmost rectangular elm without side at right angles. It was about 80 foot width 150 feet in length and had a height of about 10-15 feet. Strangely the top of the object seemed not a trait but rather multistage few feet each.

What makes this story interesting, it is not only the testimony of the witness and his son, but also the fact that another person, found by them on 7 March 2014, witnessed this apparition at the same time. Three (3) witnesses for the same unidentified object greatly increase the credibility index of the incident, since they are divided into two groups.

"We are the 13 August 2001 about, this is the period of the Perseids in the most intense evenings watching shooting stars. I'm sitting outside in front of a fireplace with my old son 16 years. We were talking when suddenly for whatever reason, we turned quickly at the same time to find very close to us a dark mass in the sky about 150 to 200 feet from us length field and I would say about a hundred feet in the air. Outright, we expected to see a huge rock !

When we saw that it was very close to us we stood up as he approached the back porch. My son came into the house to tell my partner that strange appearance so that it can be as witness, but he was unavailable. My son came out alone but the craft had flown over the wooded further and school hid.

View the school during witness 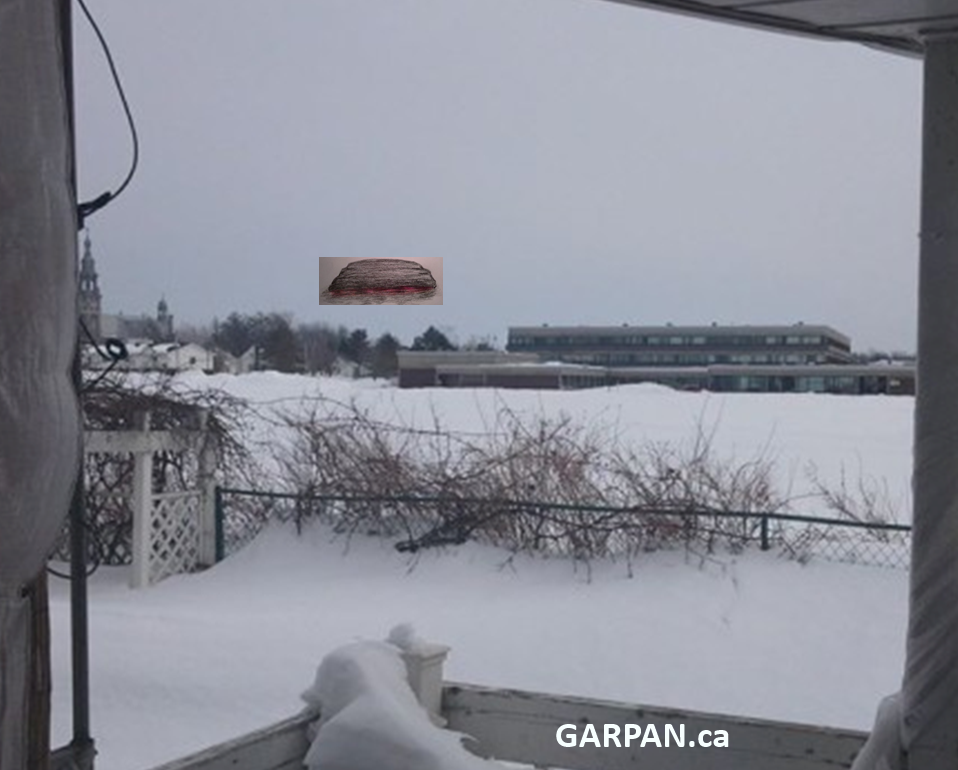 It was a blast, this craft was dark despite the starry sky. Color black seemed we, but it gave off a little smoke like vapor around, and especially down. No sound, not even a flickering or other, I felt that even the crickets had stopped singing. Silence total. This machine was very slow over houses, time I could perceive lasted about 1 minute.

When it was over the school, it is at this moment that I could perceive the height he had. He grazed the roof of the school, that is to say approximately 20 feet above. I was told that I could touch it with a pole he was so low. 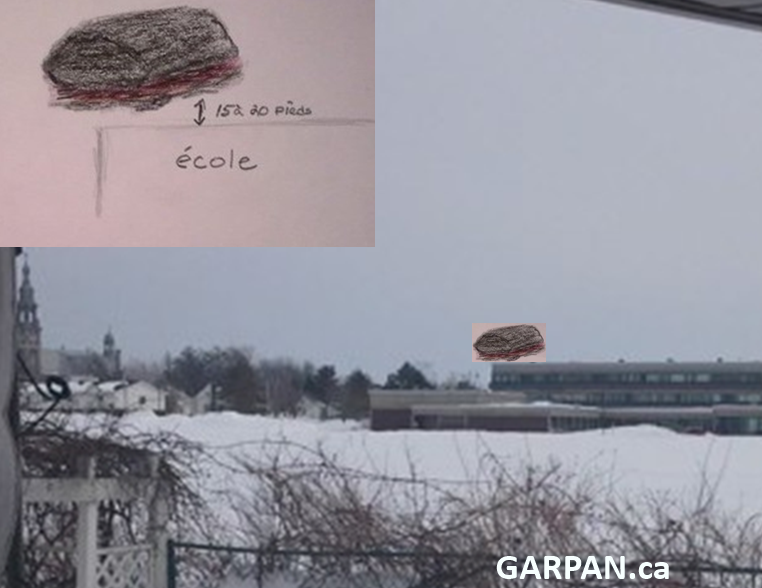 The direction he has taken leaves me a bit puzzled because it is directed to the hydroelectric located close to the exit of the village, near woods. In my eye, it seemed as size between 80 by 150 feet. There were lights in the red light camera, perhaps a little too white, because it gave off steam we did see a little fuzzy.

Its shape was elongated and looked like a large rock, then the top, for 1 second, we believed in some kind of meteorite in form, mais vu la its slow movement, we quickly realized that it was a UFO. We could clearly see its shape when it is roughly 50 feet, car, too close, above we could see the mist hid slightly. 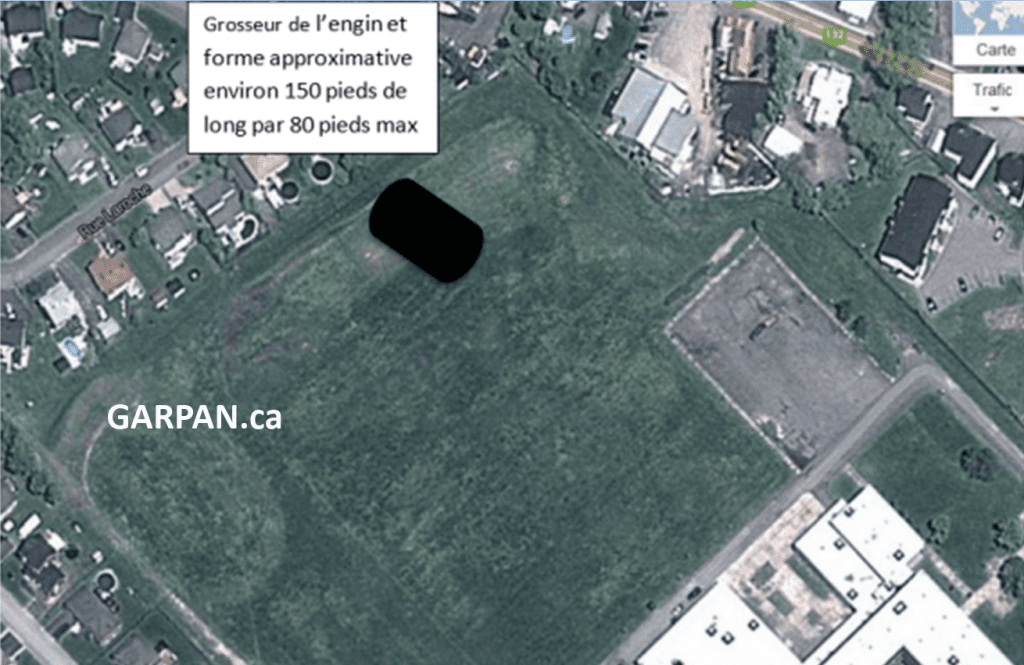 I have never seen a similar machine in all the images on the net at this time except today, some pictures will look. The days that followed, I researched sites, whether anyone else had seen to find that Maine, U.S., two other people mentioned it, but 2 to 3 hours later we.

I recently managed, the 7 March 2014, someone else had witnessed this UFO, during a discussion at a party and, from our respective testimonies, we quickly realized that it was actually the same. 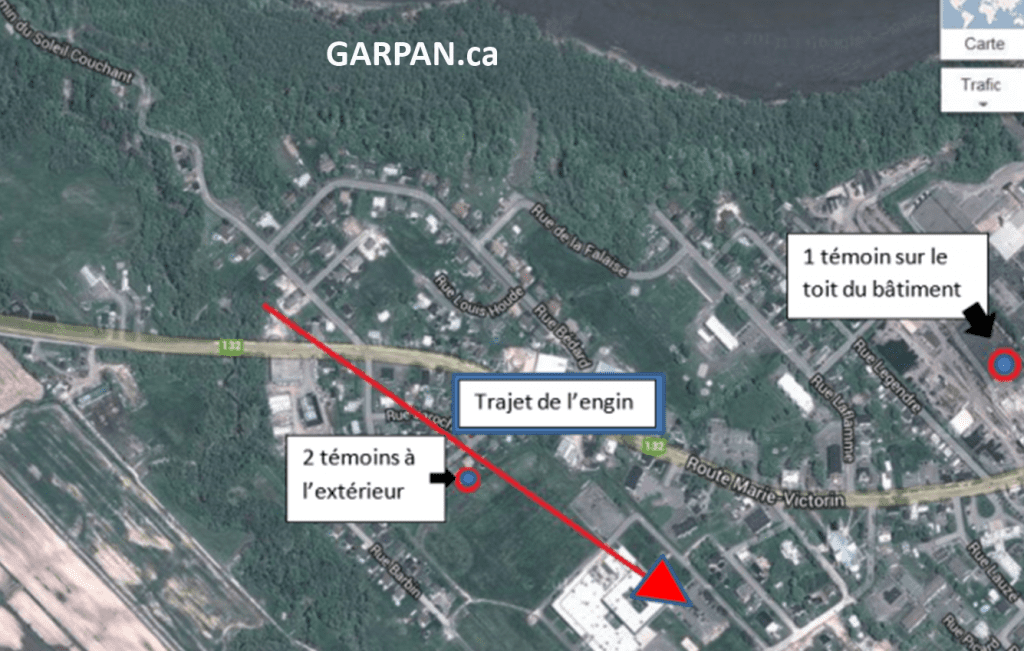 Details given by the witness of the second group

"I was working the night I saw the object. He passed over the houses around 300 feet, it was black, but it is difficult to describe since it was night. He had red flashing, White et bleu who alternaient. The machine did no noise and went 15 or 20 km / hour which seemed very strange. I was on my cell with my wife at the same time, I told him what I saw at the same time, not believe it. »

As we were surprised by the above description of the UFO, we asked the witness to make a more detailed drawing : 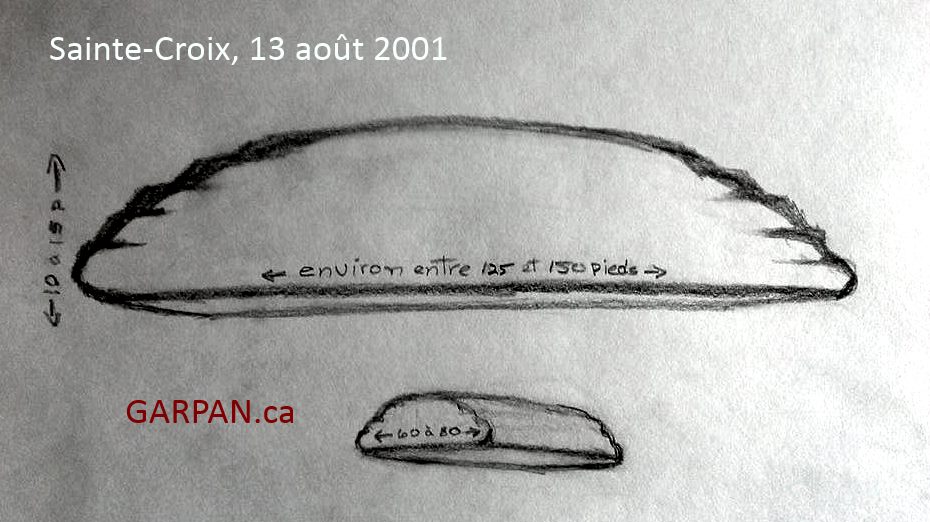 Parallel with other cases

We asked the first witness to give us the UFO images that remind him of his observation. 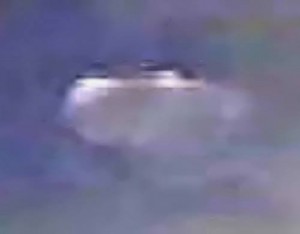 Photograph found on the internet 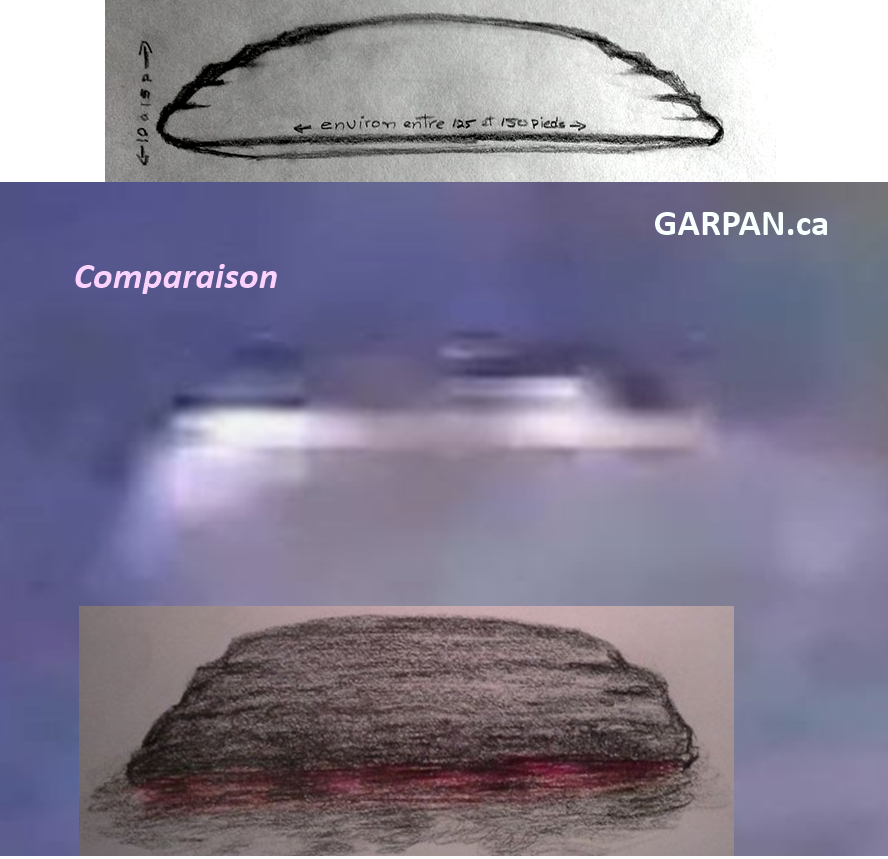 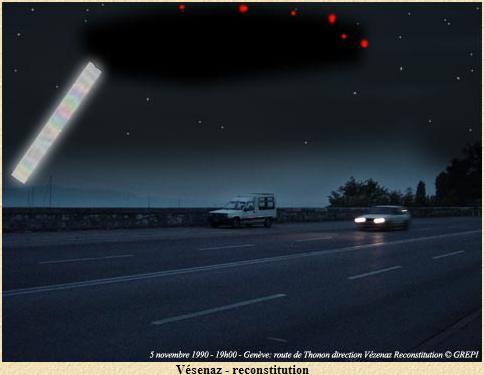 Reconstruction of a case found on the internet. 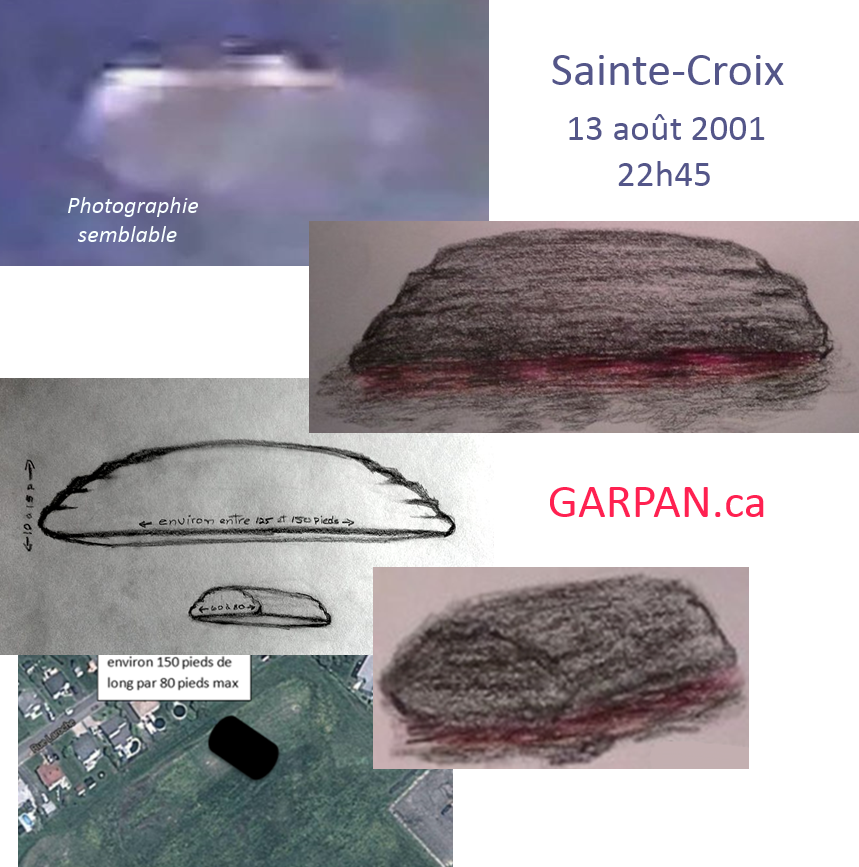 Here is a video of 21 January 2014, found by the control, that resembles that observed. She asked what son, and it is of the same opinion. She then asked the 3rd witness and he replied : "It looks like him, except that there was no light in the big top, only small ".