If d & rsquo; investigation presented here is the transition at low altitude d & rsquo; a large black triangle seen in Saint-Romuald, in the municipality of Lévis, I juillet 2013. This "ship" is d & rsquo; first appeared like a light that comes down from heaven, before making a triangular shape. What is very surprising, c & rsquo; is that we already had a case of & rsquo; very similar investigation dating from the same period, namely two months earlier, the 5 more 2013. Video d & rsquo; survey we did in & rsquo; s time is & rsquo; also one of our most popular and appreciated.

Summary observation made by the witness :

" At the moment, I lived on the street of Old Mill St-Romuald in the municipality of Lévis. It was around 22h45 in July 2013. I do not remember the exact date. The sky was clear. I got out a cigarette on my balcony. I sat quietly looking at the sky. Away, I saw a light down. It was becoming brighter. I thought first of a helicopter. Then, it looked on fire. I thought a missile had been launched. To my amazement, the object suddenly stopped its fall. At that time, the subject was to be found above the junction of Guillaume Couture Boulevard and Chemin des Iles, near the Valero refinery, is approximately 1,6 km de mon point d’observation (see below map). Suddenly, the object changed direction completely and suddenly headed toward my apartment. When I saw it, I thought: " Fuck, it's either military or something else ! ». I then thought of a stealth aircraft but when the object is closer to me, I could see clearly that it was not a plane or a helicopter or any device that could have been built by humans as it was gigantic and silent.

I saw a large flying object triangle and he slowed to a very low speed is around 20 to 30 km/h on his way in my direction. I could see it from almost over about 1 min 30 s so he moved slowly. I saw that the underside of the UFO. It was triangular black, with 3 red yellow lights at the ends and in the center that was white. It was huge. He must have the dimension d’un terrain de baseball. More, He was flying very low. He had to be at a height equivalent to 2 times the height of a telephone pole. The object was to be about 100 m from my balcony closer then head for the Etchemin River to continue his journey to Charny. The UFO made no sound except a sound produced by its movement in the air. »

Drawings by the witness of the UFO : 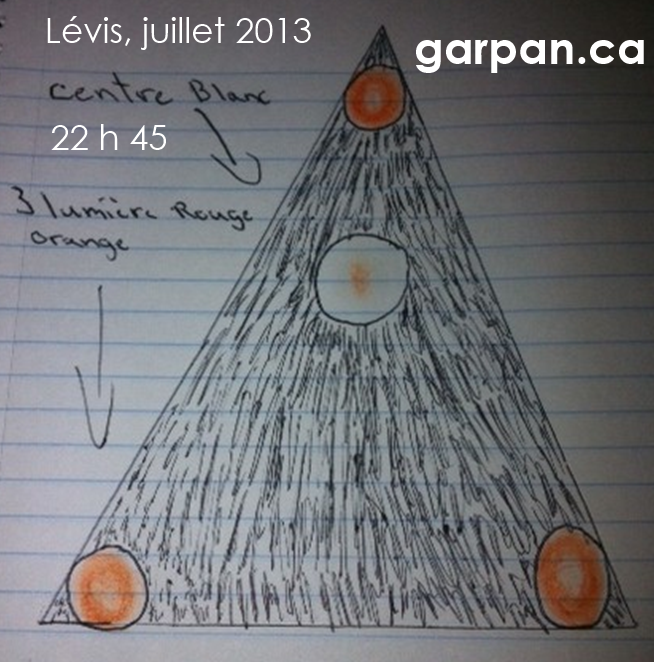 "This is the place of observation [and the path] of the UFO : 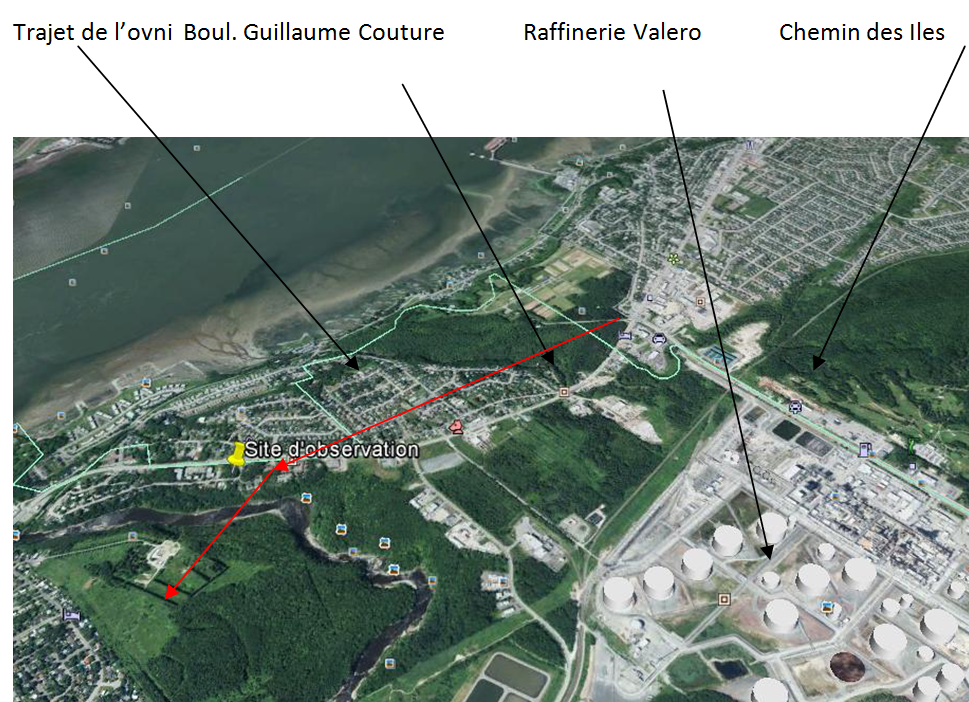 Coincidence or not, a few days later, a shaped crystal ball the same color as the red lights of the UFO appeared above my bed when I was sleeping. It was emitting light pulses. This sphere woke me up and I had my hand underneath and I went back to sleep immediately.

Since I had this observation, I feel better and I have a sense of well-being that I had not previously. I feel to learn faster. »

Drawing of the sphere observed above his bed : 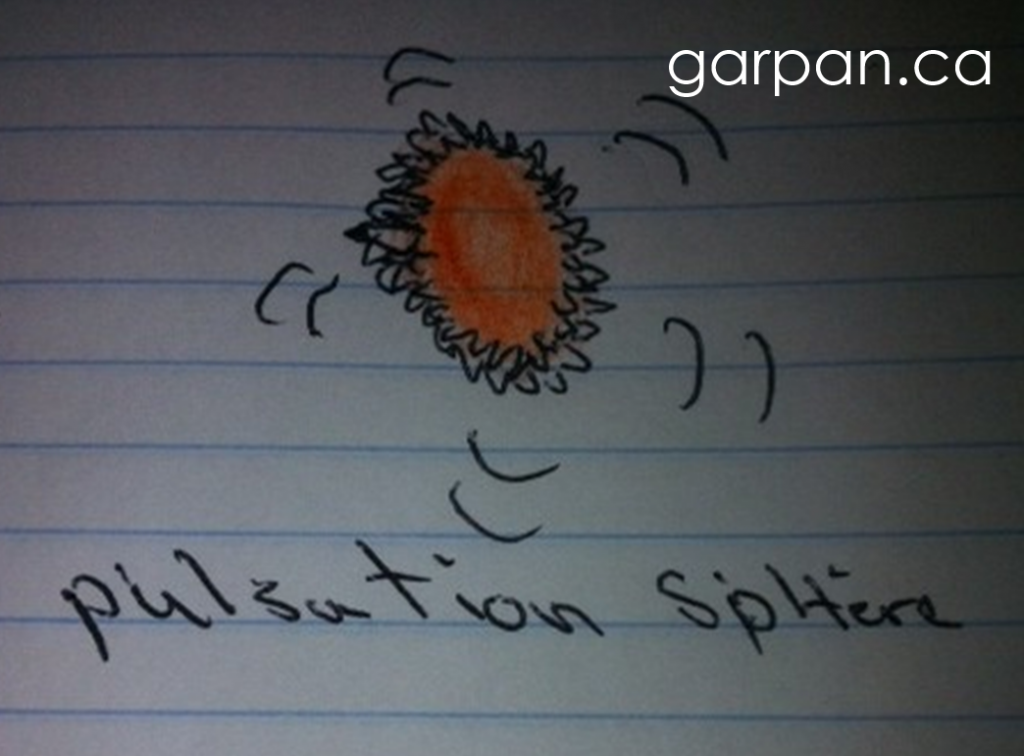 Conclusion of the investigator (M.S.) :

Observation can be summarized in 4 separate parts :

The witness is credible even if it seems to be the only one who saw this huge triangular UFO. I met the witness in person and we were at the point of observation.