The GARPAN is most honored to present one of our best investigations and probably the case of Meet-up (RR3) the more important that we have received. We briefly summarize here the first results of this investigation and the main operations that we have made so far to resolve or confirm the presence of a "humanoid" digital photograph dating from 18 June 2011. 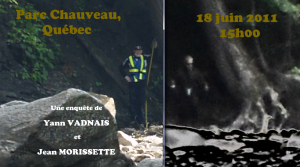 Recently, several cases of "strange beings" meetings, of "aliens" were reported GARPAN. Following receipt of a photograph which claimed original (and seemed to be), we went to investigate on site, en vue :

– To meet the witnesses in person and take their testimony

– To reconstruct the scene of the event

– To analyze with various instruments was the site where the humanoid

– Establish a geo-spatial recognition to determine the size of the humanoid.

To do, we ally Jean Morissette, renowned researcher, ufologue, blogger and also the paranormal psychic who successfully participated in the relocation of missing persons to the police.

Through the metal detector, he discovered is a "ball" irregular metal at the spot where the humanoid stands Photo. We expect that a university research department to do chemical analysis. 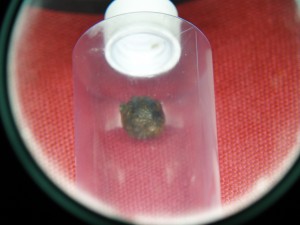 More, Jean Morissette has also completed a rigorous "psychometry experience" to get more information about this suspect be attired futuristic equipment near the river. We invite you to visit his interesting report on : jm7ocipe@blogspot.com 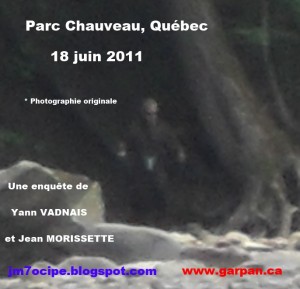 The 18 June 2011, three (3) girls and one of their mothers do a walk up the small St. Charles, inside the Park Chauveau (120 hectares), Quebec. To 3:00 p.m., they take a fifty (50groin) snapshot of one of them which is up and dressed for the photo shoot. At one point, the photographer takes some shots of beautiful scenery What thereon.

The evening, looking photographs with family and friends, they realize with amazement that on a photo "being not normal at all" appears ! The girls are surprised, leur expensive for promenade, they did not notice anyone or anything strange ... The photographer added : "What surprised me, is that to be looking in the exact direction where the others were, who had taken the lead before me at this time. I remember very well. »… 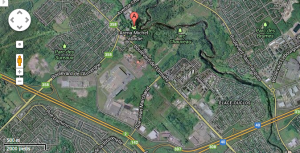 We do not publish here our FULL REPORT. On the one hand because our investigation is not completed yet, but because we believe that for such a significant event, it is not appropriate to simply publish our humble website.

We have begun talks with a television to formalize cleanly as a new importance. However, we are open to any proposal seeking to provide a serious platform for fostering a credible receipt for a wide audience.

We are here in the presence of a clearly authentic photography.

So far five (5) UFO investigators, and experienced analysts videos have failed to clarify or explain this photograph.

Such a photograph of a "being from another world" is a very rare thing in the public domain, and such successful shots may be counted on the fingers of two hands ...

Our photographic analysis (unpublished) also show clearly that This humanoid stands out for many traits a normal human being and, more, thatit has a futuristic suit and sophisticated instruments that makes it even more enigmatic… Combined with the fact that three (3) other close encounters of the third kind (RR3) more or less recent (of 2007 to 2013) were reported, we believe that special attention from Quebec ufologists concerning "humanoids" (« aliens ») in the region of Quebec and the "unidentified aerospace phenomena" (PAN) in this area of ​​the city should be given. 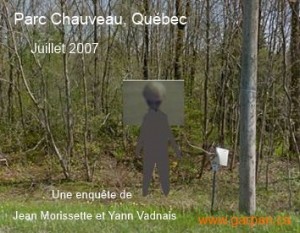 Other cases of humanoid (4 meters !) postponed