Summary of testimony by M. S.

Investigation carried out on Sunday 12 April 2015 in the witness Michel, Beauport.

Iona Vadnais, Jean Morissette, M. S., Jean-Claude Francoeur et Lux Files.
The witness tells us with great emotion observing a sphere of metallic appearance which he witnessed to 5 h 45 Am, a Tuesday morning in May in 1997 or 1998.

He was sitting in an armchair in her living room and looked out the window. To his surprise, he sees a sphere that seemed to float in the air above the houses located across from him. The sphere headed the left side of the window to the right side, either west to east. 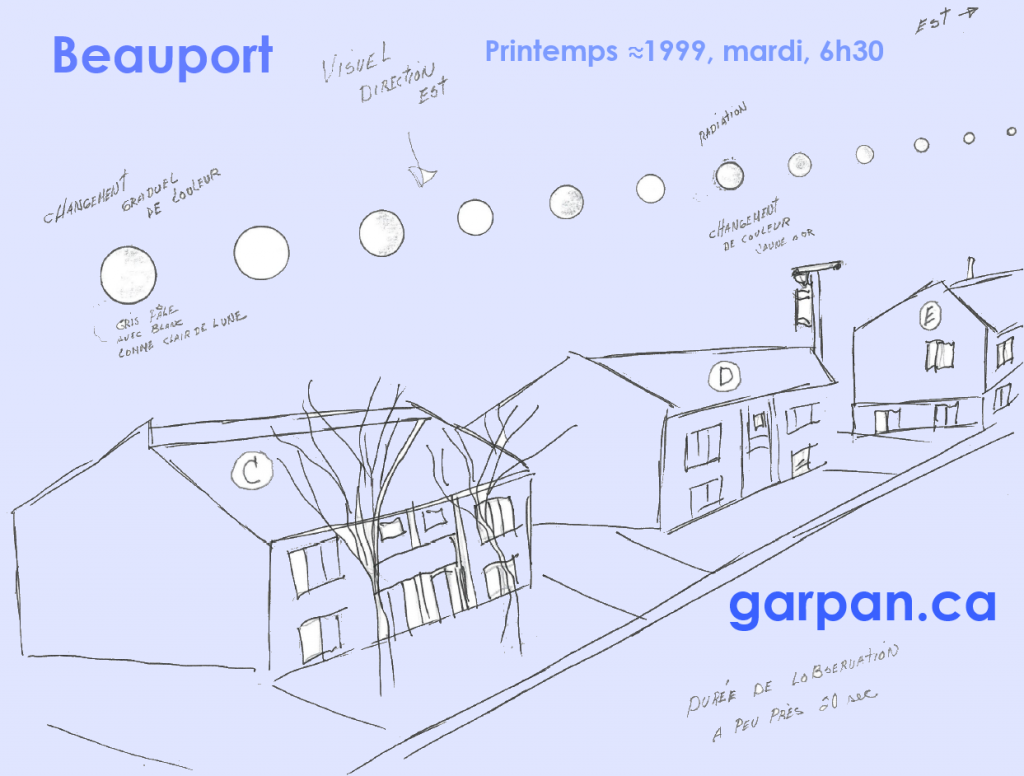 According to him, the sphere was from Sainte-Brigitte-de-Laval valley. The sighting lasted about in his 15 to 20 seconds. The object was approximately the height of the airliners he usually see in front of her home when preparing to land.

To estimate the size of the observed sphere, the witness presents a metallic sphere about 5 cm. He points to the sky above the houses across from him and hands it to an arm's length. He says it's about the size of the sphere he saw through the window. 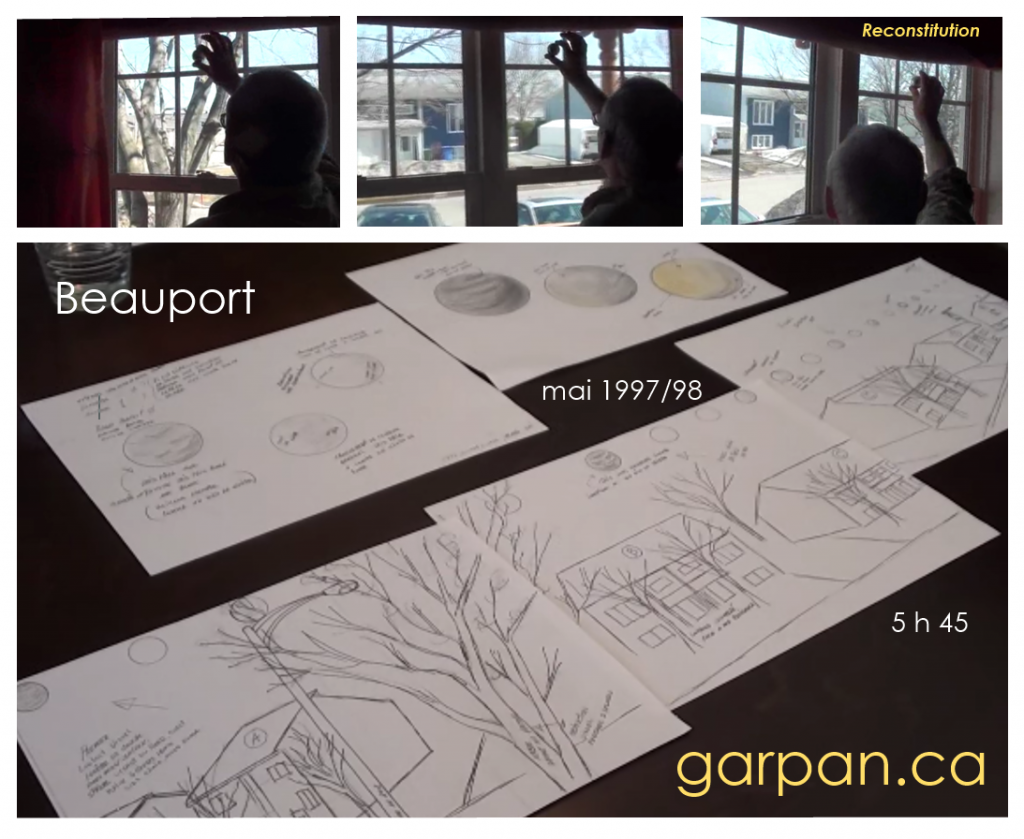 The witness explained that'There was no cloud or plane in the sky at the time of observation and did not see the sun directly. At one point, the sphere was illuminated by the rising sun and like a wasp nest with gray stripes. He did not see flashing lights, antennas or anything whatsoever on the sphere. It seemed perfect.

According to the witness, She moved slowly about 50 km/h over houses. When the sphere is removed, he saw change of gray color to a golden color (possibly due to the reflection of the sun on the sphere according to the witness). He also noted that there a little distortion or air diffraction around the sphere side lit by the sun. He thinks that the sphere could be very hot. He did not hear any sound. A few seconds after, he immediately told his observation that his wife down the stairs.

He felt that the time had come for him to go public after all these years. This observation has completely messed beliefs, his way of designing his personal life as an individual as well as his view of life in general on Earth. The witness is convinced that what he saw was not of terrestrial origin or natural phenomena, but instead of nonhuman origin.