In the TOP 12 UFO cases handled by the GARPAN in 2013, some were still under investigation. Among them was the observation of a "glowing cube" in Napierville (Montérégie), the 19 or 20 August 2013. I had not yet revealed, but it's really one of investigations which, as an investigator in ufology, I was most fascinated last year. These are not all UFO notifications value us or reinforce in our volunteer work "Assistance and Research" in ufology, but when we have the chance to receive and investigate extraordinary and detailed observations like this, we feel rewarded for all the implied requirements of running a UFO group to serve the population.

We take the presentation of the case of the most enigmatic, and also the forthcoming publication of the first book of GARPAN, to make an important announcement. This announcement builds on the maturity until our group took, but especially a problem become indispensable. The public does not always renders account, but the investments required good turnover GARPAN are far superior to income and donations for survival Garpan. One side, This site requires significant costs of operation and protection. On the other hand, it is deplorable working 40-50 hours / week to make rigorous ufology, without receiving any salary, week after week… 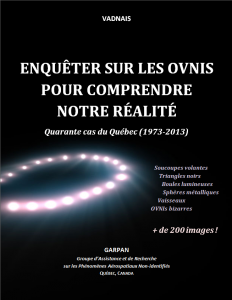 That is why, now, the GARPAN not publish all his files in their entirety. For example, in this article it the "cube Napierville", you will find that some of the material collected by the GARPAN. To access the rest of the file, you are invited to pick up a copy of our book "Investigating UFOs to understand our réalié, Forty cases of Quebec (1973-2013) ». We will offer in the future more UFO files size for cash.

If you are sensitive to our situation, and that you understand the difficulties and efforts required by the infinite good roll of a professional group like UFO Garpan, do not hesitate to contact us MAKE A DONATION.
(Donations 5$ and + receive a free digital version of our ANNUAL REVIEW 2013 (72 p.) !) 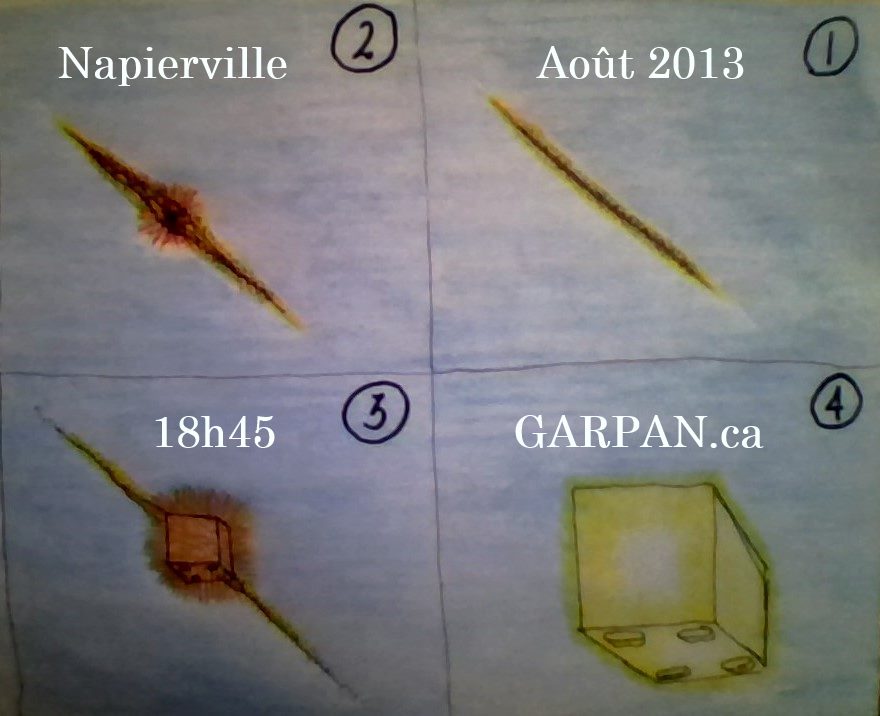 Witness : When I looked in the sky, I really saw as fire out of heaven. As if there were a tear in the clear sky.I do not know if the fire came out of the sky or simply that there was something that was on fire. And then, when it came out that case, it was square, square completely, it burned across. Then below - this is what makes me weird - I saw as Reactor, something that was pushed forward and that case. I thought : "It is very strange! »

It easily lasted one minute. In the mean time, I watched, I saw that it was starting to move horizontally by going to the North Ouest.Ensuite, it is returned to the sky and disappeared later. It was weird. Thereafter, I spoke to the world, they had reactions : they told me that Saint-Rémi, a village not so far, they saw the same case, about the same time. There are surely many people who saw. It was big enough, comment ? I can not say : it was not like a small plane in the sky, it was big!

Investigator : Can you compare it to something ?

T : It was big as a house. It was a structure, a block of fire in the sky, un bloc orange with flames : it looked like flames, but it was not the flames. I thought : "This is perhaps the sun shining on something metallic", but this was not it. How it is placed, it was impossible anyway, it does not relieve this type of brilliance, it was like fire and when I saw the reactors, I saw it move. There I realized that it was not a plane, I thought : "It is impossible! ». 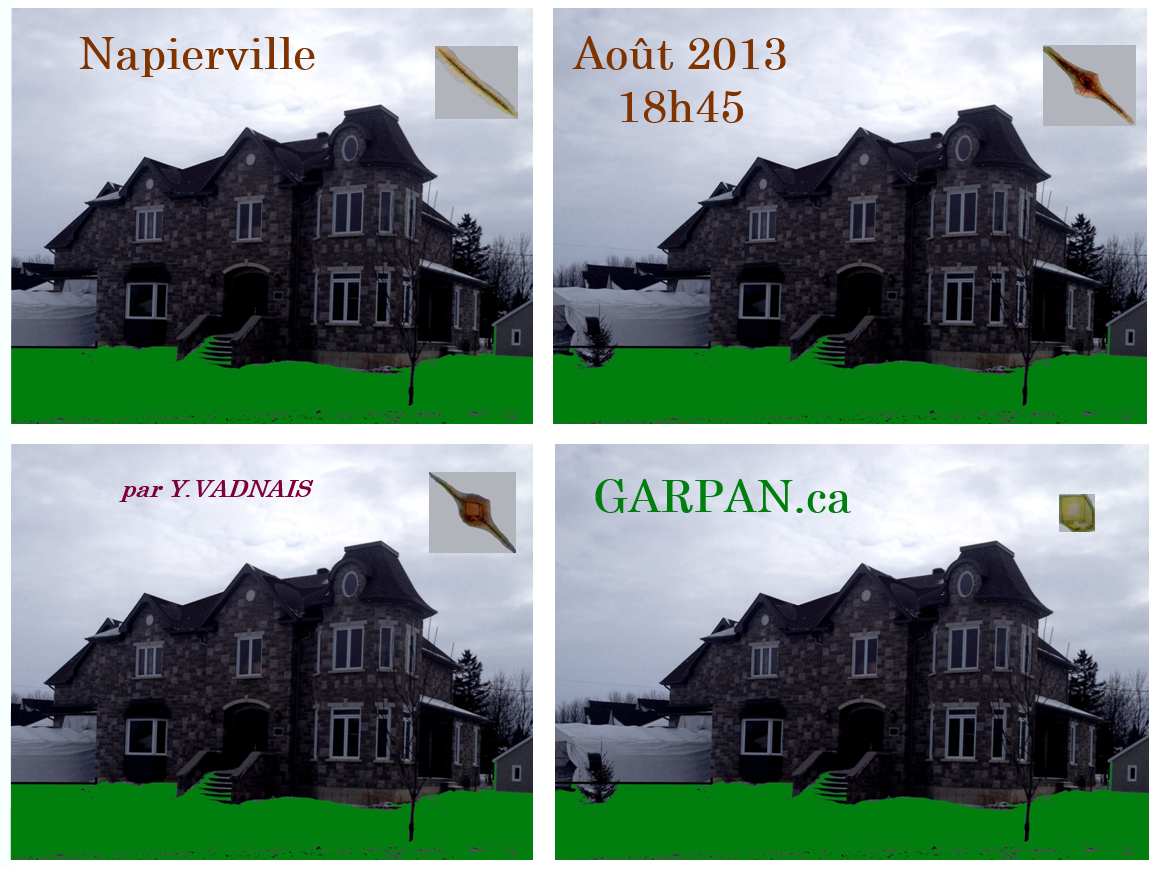 It : How many were there reactors ?

T : Three, how it was placed, but it should probably be four. If I go by the logic under construction, it seems to me that there should be four reactors under, By pushing. I saw three, but I think there were four.

It : Initially, the first thing you see : it was the children who point to the sky ?

T : Shouts, this is what drew the attention. The children cried, and I saw that they were pointing the sky.

It : Compared tear, the object was many times smaller ?

T : Is this would be equal to the width of the tear, but when it came out, it was bigger.

It : The object was larger than the width of the tear ?

T : Not, at the beginning it was the same width : it has passed through said slot, but after that, it was bigger, because he looked closer. I can not tell you, but it was great, pretty impressive. 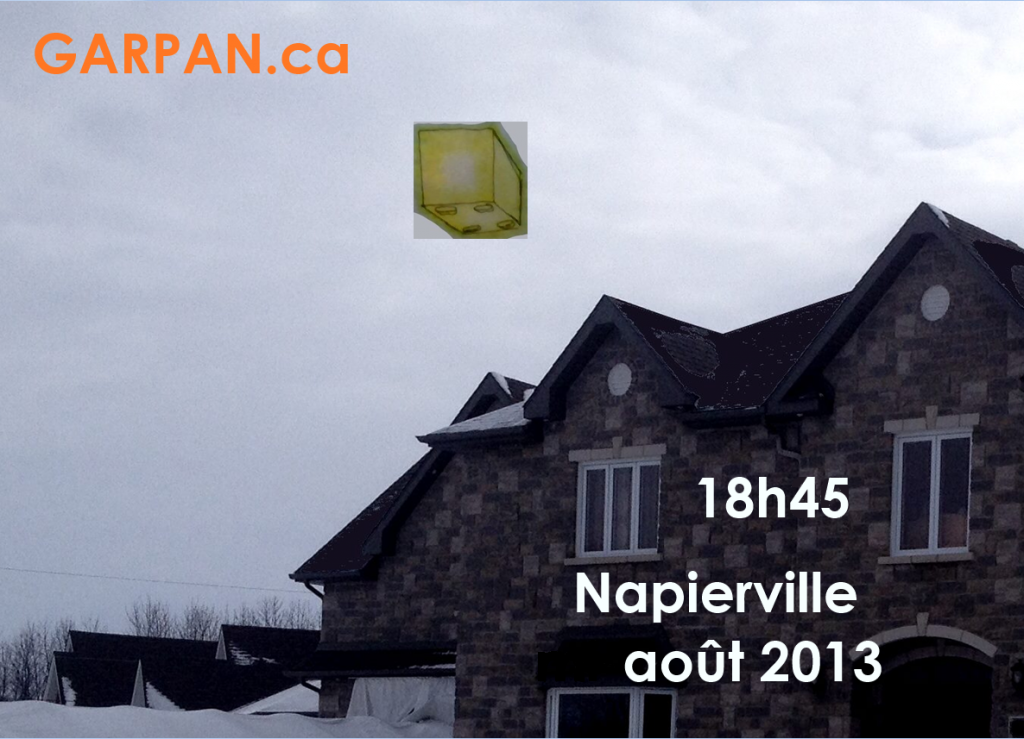 T : It is about seven days before my birthday, Thus the 19 or 20 August. It was a Tuesday or Wednesday. I returned from a walk with my wife, the boy to my wife, and a neighbor with her two children. There were also two dogs with us. He was about 18 h 45, it was still clear enough in the sky. It was beautiful, it was clear and there was no cloud. The atmosphere was nice, the weather was mild. This is a residential area, there were plenty of people out, who made barbecue and took advantage of the evening.

Suddenly, I heard our dogs barking differently from their usual, because I recognize my dogs barking. When I looked away, and the dogs were a little frightened.

T : The dogs were terrified, but children looked in the sky, they wondered what it was, and they did not understand. But it was the dogs that were bizarre. Sometimes my dogs will bark, but not without looking to the sky! Then the children also, children showed something of the finger. I approached them, I looked, then I saw this burst then : it was like a tear in the sky. I explain evil, but as the drawing, it was a tear in which there was such kinds of pins, it was like ... I can not explain, I have no words for that : but it was like a tear. There really something that is rooted out of the sky, it was like a fireball, but quickly, the ball then gave way to a cube that appeared.

It really is at this point that I am left speechless, because I did not understand more ... I was trying to analyze and understand what was, with my knowledge. I tried all ways to analyze the best I could as I watched the phenomenon. I was looking for a solution, a way to "capture" it. Finally, time I realized that my cell phone was on me and I came to take a picture, the phenomenon was disappearing.

(… ) Le cube, it, I saw him out around the fireball, then remained stable for a few seconds. I really felt like see below as reactors ; I saw three anyway. Then was seen as a kind of thrust below the reactor, —this is what made him move -, but strangely : not vertically, but horizontally, left. When it is gone, this was done at almost the same speed as it appeared, graduallyBut between the two ..., it was moved over a distance. I'm not sure if this is the volume of the cube decreased, or if it's because he walked away - that's the impression I got -, but dwarfed by advancing, and when the second opening is made in the sky, the cube is back in.

READ MORE of the interview and the rest of the file, obtain a copy of our book Investigate UFOs to understand our reality, 40 For Quebec (1973-2013) !

Transcription by Audrey MATTON and Y.V.

Here are some pictures that the witness later found on the web, and he considers like his observation : 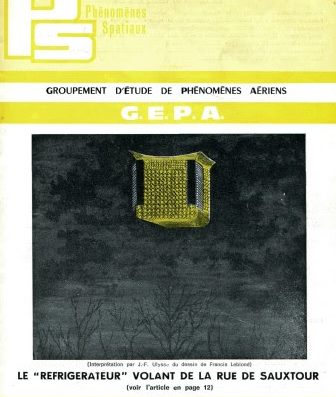 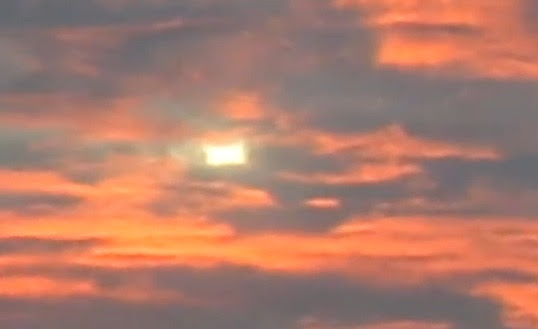 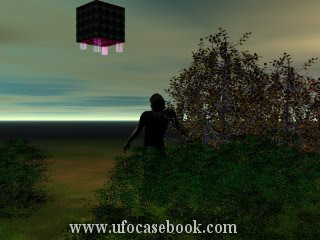