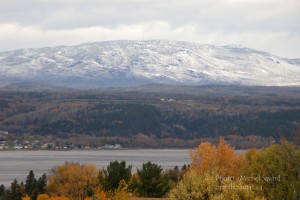 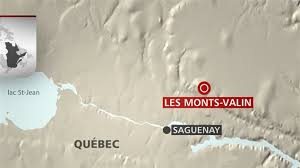 TEMOIN : – The second observation, it was summer 1997, late June to early July, because we went outside it was an hour and a half in the morning, then it was hot there, I was in t-shirt.

It was North, by what it happened looking towards the Monts Valin. It ! It happened north bad in any case it is ! I know not wrong at all !

I'm here ! I was with friends. I look to bad there ... There a point no choice but to see, it was not there blur ! Away, but it was far enough away ! It was far from my position in the air !

Elle «Shakai» ["Trembling"] slightly uphill then down. She was there and she was fat ! Compared to two lights were yellow and reacted in the same manner as, Red was in the air like that in a place worse tional flottait de bas en haut. Elle «Shakai» [trembling], that's what I can say about it !

T : Il y avait the large [light] red left, in the air, pas stable, then there was two yellow lights that were going back and between a point that went from red, from another point. Then returning to the red crossing.

Other then them [yellow lights] in the air, it was not straight, as a helicopter made trips. Ça flottait I «shakant» ["Trembling"], upwards but quietly. It's been going back and forth between point A and point B.

They were going back and forth between two, then it went there an hour and a half. Ah oui, it lasted long ! It was there and then watched.

Bah ! You know the rest of us, it was [around] fire, How do I explain this to you.

Is he touch : initially, was rationalized ! (hesitation) It was very impressive, raw 15-20 minutes, this was the big questions :

By dint of thinking, As with the other situation [the first observation of 1996], was being rationalized. We thought that it was the army or that it was things we do ... we did not understand what was !

I 17 years. You're disais, if someone put me explain, it must be surely a thing of logical and natural that everyone knew. I finally said, "Oh that's okay, it's nothing ! ».

INT : I can understand, especially in this age ...

INT : You know the area well over there, you think it was how far ?

T : Revealed !… At first I thought it was near… that it was not from me [Us] ! I'd have to go back there ... But at one point, looking at it right : I still seen passing en avant something, I do not know what was there !

Ah oui, right ! Tse there like a mountain that is, further, worse on top of the mountain, il y a pic, Well the yellow light going up and coming down, at a given time, she sank lower than the other times, then I saw him pass back of the montagne.

INT : This is essential, we will be able to calculate a distance with that.