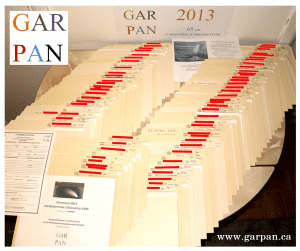 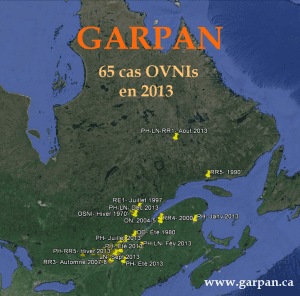 Year 2013 was crucial to the emergence of the new group of UFO investigation in what the GARPAN, and it was a great success ! After good year 2012 where we collected and studied fifty-four (54) UFO cases or humanoids, our group was faced with several difficulties to recognize the rigor of our work and to answer many notifications that we continued to be reported…

a) That is why we have launched a Workshop d'initiation in ufology 45 hours to train new technicians investigators have begun their first investigations. The GARPAN now has a dozen employees.

b) We also made more than thirty-five (35) d'enquêtes original videos that show the methods we use to investigate the most credible UFO cases that we receive, or that we solve. These 35 d'enquêtes videos that are a little brand GARPAN among other international UFO groups, have medium and long stories accompanied by geo-spatial reconstruction, sketches of witnesses and other visual materials (photos, videos), and sometimes analyzes. They can be found on our channel YouTube :
GARPAN Ufologie : http://www.youtube.com/channel/UCWidJH8XIKHcm1gKbhXEmJA 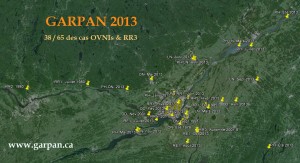 As proof of our good work and many efforts, Here finally twelve best UFO cases and humanoids GARPAN investigated by in 2013. Six (6) of these cases date from 2013, They are classified according to their probability index : 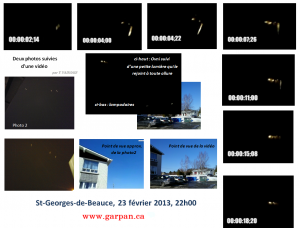 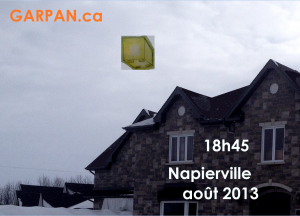 During a family walk with the neighboring, a late afternoon of August 2013 Napierville. It all started when dogs and children strongly reacted to something in the sky. An oblique tear appeared in the sky and a "prism" came out ! He had to " 3 or 4 reactors "and began to move horizontally. All the company was absorbed by the spectacle, but especially our witness. The sky was torn a second time and the prism disappeared inside… In the following days, he wanted to talk with neighbors, but he was faced with rejection and discomfort on their part.

3. Flying saucer with tower operating in the municipal dump, Montebello, 1983 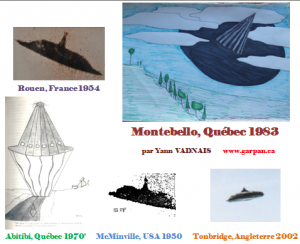 This large saucer with turret was seen twice during the summer 1983 above the village of Montebello dump. The twice, she was spotted trying to make an action in the dump : a strong current of air was all around, shaking the trees, and a sound wave resounded. The first time, she was seen among clouds. Witnesses thought they saw a "church steeple" sticking clouds, and they had to "turn the head" to see the full extent of the saucer ! The second time, they could see it going away over the Ottawa River. 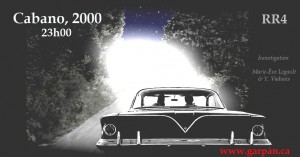 That evening, after work, they decided to have dinner at a restaurant in Cabano (en Gaspésie).
After the restaurant, it was 23:00 at night and they take the car on a dimly lit road to Pohénégamook. Madame D. pipe, and it sets as a music cassette Jean Leloup. Just départent they Restaurant, they are surprised to first curve by intense blinding white light.
Selon Madame D. it was scary, elle expensive was no longer able to see the road. She had the reflex to try to look on the side to try to see the road. Then nothing, a kind of break in consciousness the two ladies, they vanish.
Suddenly, they wake in the car driving. Madame D. sees a stop "STOP" devant elle a Frein. The radio grinche, the tape is unwound. The ladies look and surprises do not understand what is happening. They look time : it is 11:00 p.m., that is to say, the time of departure. They then realize they are made to Blue River, a half-hour drive from Cabano : they then take panic.
They decided to stop at an inn in Blue River to check the time, and are it is still dismayed 11:00 p.m., and that they have "won" thirty (30) minutes.

Thereafter, memories of what happened came back to these two ladies.
One of them retains a great experience, where she heard murmurs, where everything was soft and bright and it associates with an angelic experience. She also remembers seeing high car traveling on the road.
The other witness by cons had nightmares for months and retains such a bad experience she prefers not to think or talk. She remembers being out of the car at the time of the blinding light, believing that a truck had stopped. But when she would have seen little beings distinguish themselves in the light, she would have started to scream and flee into the forest while her friend did not react ... She has memories that small beings catches and catch in the forest. 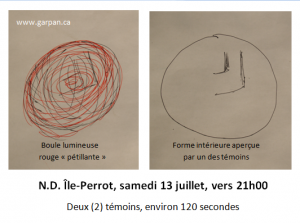 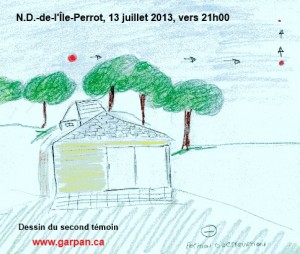 6. A large triangle hovers long a father and son fishing at Lake Kénogami, 1970′ 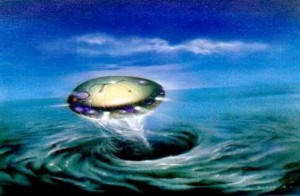 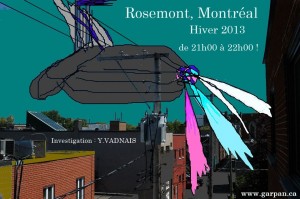 Read the written testimony of the witness 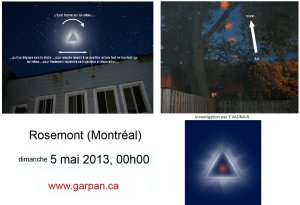 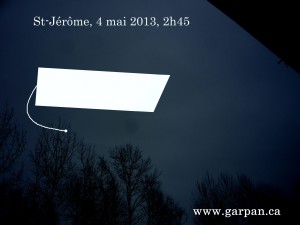 Strangeness 5,5 Probability 1,5
)
Event Summary :
– the witness was insomnia
– suddenly he had a strong sense of duty out on the balcony in a dressing gown to look through a telescope
– he spotted a star, and he began to aim the telescope
– il se redressa, and then there was a FLASH POWERFUL "which lit the whole court, and neighboring land, and farmers' fields, out of sight, during 1 to 2 seconds "
– He then looked in front of him, to note with dismay a "RECTANGULAR of TIP 100 pi (30,5 m) by 40 pi (12,2 m) "Above the treetops in the backyard
– un « filament », a "BONANZA" CAME OUT OF THE UFO WITH A SMALL BALL LIGHT AT THE END, leaving she made a "HISS"
– he could not know if she had fallen, or had disappeared
– the witness was traumatized, he had a feeling "he had never known". He went inside, is lying on the couch cowering, perceiving that larmoyait. He "felt privileged", but felt great "scare". 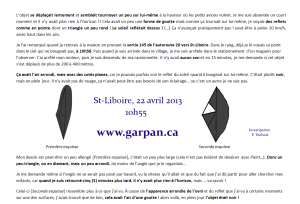 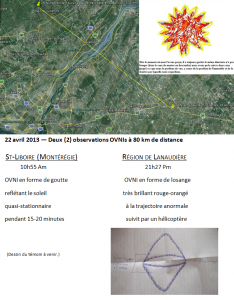 Two other UFOs were seen and filmed in Joliette evening, 80 km further. 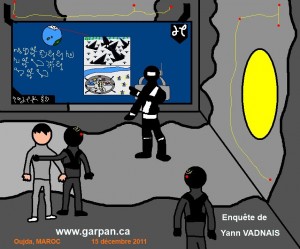 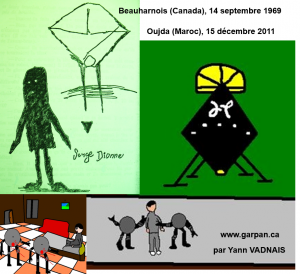 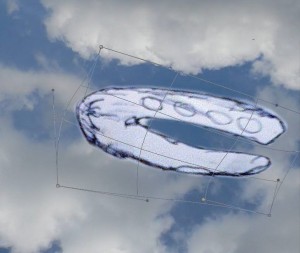 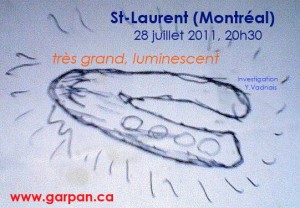 13. The thirteenth best UFO cases of the year

related to national security and therefore can not be disclosed in a public report. This is the limit of the civil ufology. The GARPAN and mark the reality and seriousness of the problem and therefore stresses to the authorities that we deal only with what concerns us (= Observations and testimonies of witnesses) and NOT what is the "National Security".

Thank you for your understanding,