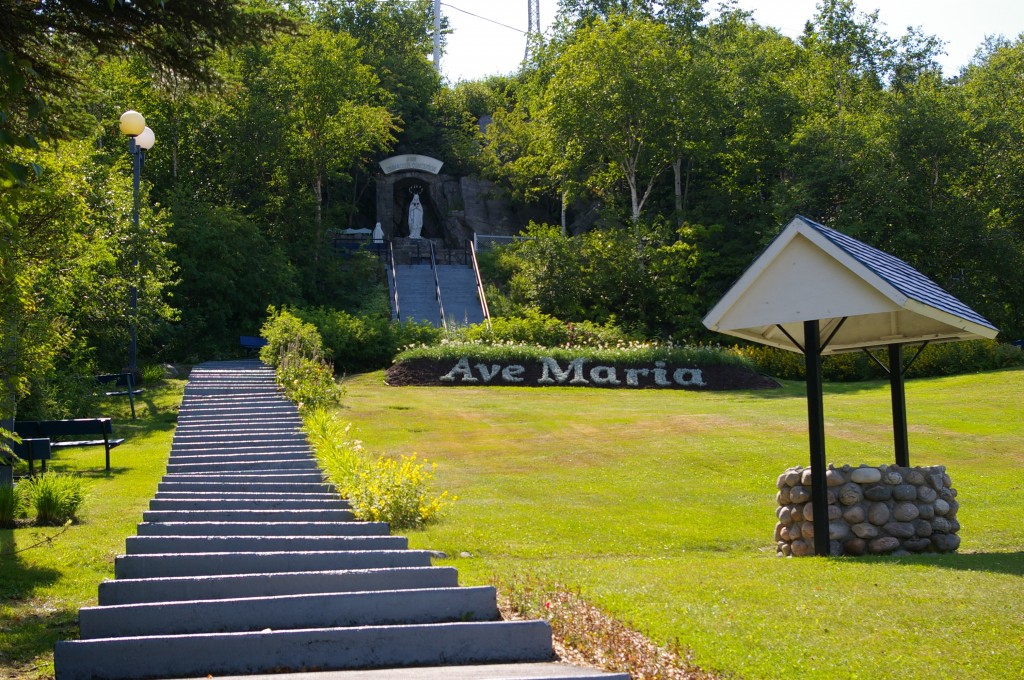 There are three years old today occurred a mysterious event in Baie-Comeau. The 8 August 2011, to 0:30, two young men, 20 and 22 years, were walking to the shrine of the cave of St. Amelia to enjoy the scenery in height. Their attention was soon captured by the & rsquo; abundance of light emanating from the sanctuary. On entering the holy places and climbing stairs slowly, they felt "enter into a surreal place" and that & rsquo; a "Tension in the air" gave an "oppressive" atmosphere to the place. Ascendant in l & rsquo; Escalier final, they saw something that had the silhouette & rsquo; statue of Mary, but "Overflowing with light and color" and had brown eyes living : "J & rsquo; came across his eyes", says the & rsquo, a two…

During the & rsquo; year 2014, the GARPAN was able to interview the two witnesses, EVE et François, and validate many details with them. At our request, they executed drawings to represent us what they saw and help us understand the scene. We believe this case d & rsquo; investigation credible and intriguing enough to have a report that we will present in a few days to religious authorities (chanceries of the archdioceses of Montreal and Quebec City, and the Diocese of Baie-Comeau). 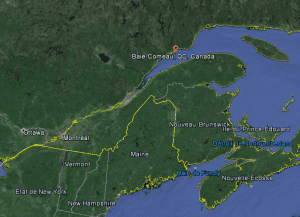 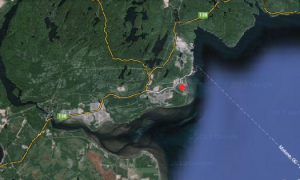 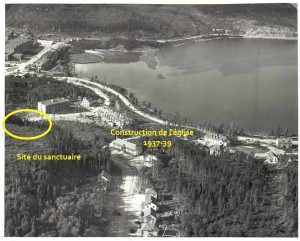 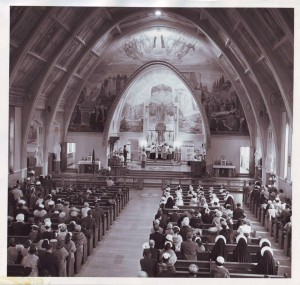 Some will ask why GARPAN, a group & rsquo; investigation specializing in ufology, s & rsquo; occupies d & rsquo; such cases d & rsquo; apparition of Mary, on the border of the religious and the & rsquo; irrational. Without us proud according to witnesses ("We have seen the Virgin"), nor despise the & rsquo; appearance of this story, We consider a priori this case as a RR3, a "close encounter of the third kind". Namely as a presence or entitée, or a phenomenon, could have taken the & rsquo; desired appearance, for example : (1) s & rsquo; inspiring place (which is a Marian Shrine of the Immaculate Conception) and the statue of the site, located only 5 meters behind’ "Apparition" ; (2) s & rsquo; inspire psychic witnesses… We are not we fix & rsquo; aim to resolve this case by answering the question : "Was that really the Virgin appeared ? », which may be a loaded question to understand what & rsquo s, is exactly the place that fateful night 7 the 8 August 2011. As a matter of fact, instead we'll let the experts Mariology and doctors of theology attempt to answer such authentication.

The d & rsquo report; investigation 80 pages we will compound d & rsquo; addition of material for their analyzes and conclusions.
We gathered there the almost all of the evidence, as well as drawings of witnesses, the image reconstructions of the site and the & rsquo; event, and, finally, our analyzes and interpretations. 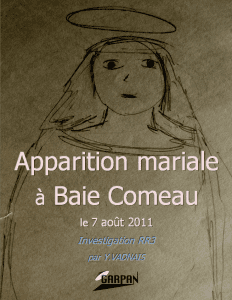 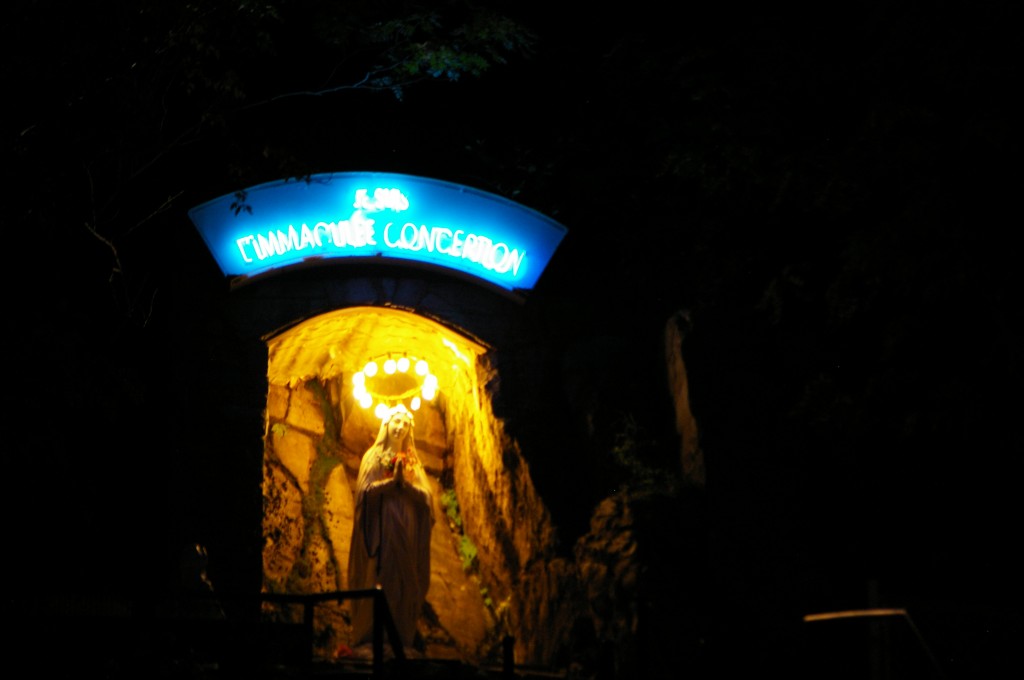 To arouse & rsquo; public interest and reveal at least some salient details of this enigmatic d & rsquo event, a "Marian apparition" (or d & rsquo; phenomenon taking this appearance), we offer some passages from the testimony of Francis and Eve :

Segments of the testimony of Francis

Witness : Actually, the appearance of the Virgin, we saw early [from the entrance of the sanctuary], because we saw that light, but thought it was the statue, and that is why we have continued to rise. But arrived in the middle [the escalier], on a dit : "Why there is so much light ? This is not normal, what's wrong? ». We were beginning to ask questions.

Mon amie a dit : « Ça tout ça irréel the air ... ", it was too good, too beautiful. There was so much light, it was beautiful, air had a thickness. Especially made at the second level, there was a kind of thickness of the air, voltage.

I remember, made in the middle, I said : "It's so beautiful, it makes me want to believe in God ", and then it is, a sort of still higher mass.

It : Describe to us what you see in your drawing.

T : Shows part of the neck. We see a kind of halo around the head. We see the veil down. We see the blue and white clothing as a toga : there were wrinkles, many folds, it was great, a very large clothing.

We see the eyes. The eyes were brown.

The suit was too big for her, there were many folds.
The slightly pink lips.
The hair was a little long, brilliant, around and, a light that came from her. There was a lot of light.

It : What facial expression she had ?

T : I do not know if the design is well : expression was severe enough, together, an unwelcoming, a little harsh, as if it was a judgment.
It was placid, it was a judgment, but, welcoming. It was a bit scary, it was scary : as if waiting for us, how she had her head obliquely. She had her sight [son regard] on the stairs, therefore, technically, she had a view of us who climbed.
I met his gaze, it was a bit harsh, ça m’a effrayé. His eyes were brown, always bright, but welcoming.

It : As you have emphasized on his face and his eyes, you made a large drawing. Describe it to us if you like it.

T : Il and a petit halo traced, a sort of hoop.
Blonde hair : they were a little curlier actually.
Face a little emaciated.
Unsmiling mouth shut.
Les yeux bruns. Good ! this is not entirely accurate, were more severe.
The face was something of a judgment : very strong look.
That was scary, it was the severity of his features.

It : You gave him what age?

T : Young, yes, young. No wrinkles, his face was marble. It looked like a skin around 20-25 years. No wrinkles, the rather pale face, Pretty White, around 20 years. It was not a child, pas joins teen. It was really an adult, a young adult : no feature of old age, a beautiful youth.

T : They lost a bit with the veil. The veil was in the dark hair, the veil was transparent, white. I saw that the hair was blonde, slightly curly.

It : Listening to you, This has especially impressed you - because you've talked several times - it was his eyes. 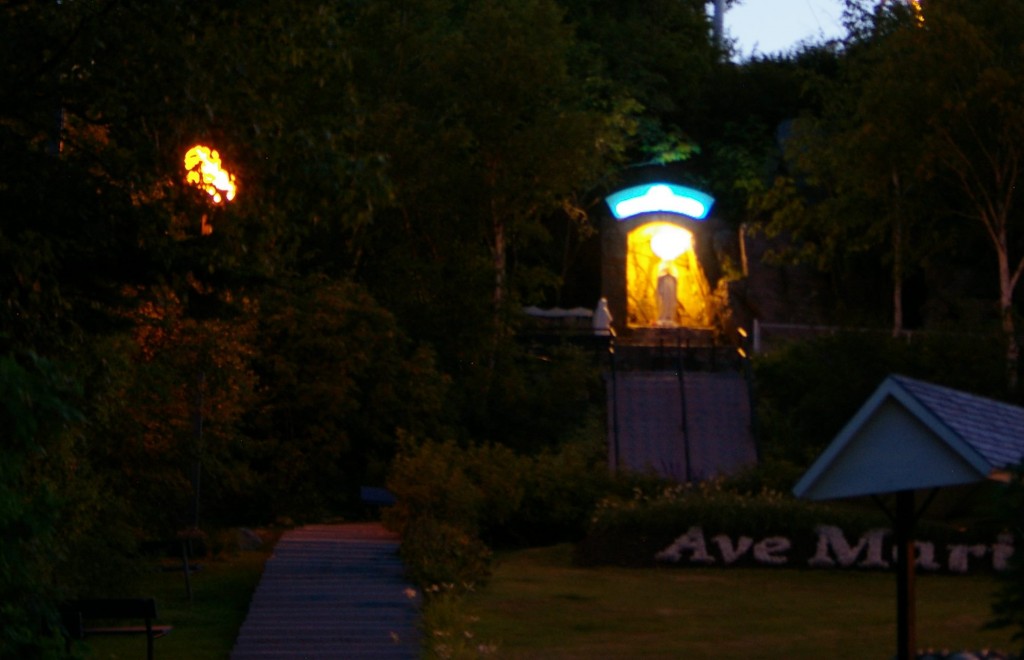 Witness : We entered, I felt like it was unreal place. I looked up, and I thought that we had mounted, My friend also told me : "It looks like unreal place ! ». So I wanted to climb to the top ... I saw the statue .... I got the first two to three steps ...
We felt it was really oppressive. Mon ami a dit : "It makes me almost want to believe in God" ... At that time, something happened : I was no longer able to stay in this place.

I went running. François and I ran all the way down. There was a gate at the entrance of the park : Once past the gate, it was back to normal.
Finally, we returned to the car [at a run]. (…)

It : How did you feel afterwards ?

It : This is especially the day after you've done ?

T : [Immediately after the event,] we returned home. We do not see much in the pictures [the sanctuary found on the internet], but you could see [on photos found] The statue was white, while that we had seen, Color was. We thought it had been repainted for summer. But it is mostly the aftermath, when we returned, we saw that the statue was white and not in color. We really realized that what had happened was not normal.

T : It was more advanced ; actually, we just saw upstairs.

T : Her face was the color of the skin, blond hair a bit curly.
She had a veil and clothing : it was blue and pink.
Her head was slightly bent and hands clasped together, a little on the side as [in oblique]. (…)

It : You saw an expression on his face ?

T : She looked serene air, I would rather like the statues in general. (…)

T : Yes, I remember she had brown eyes. 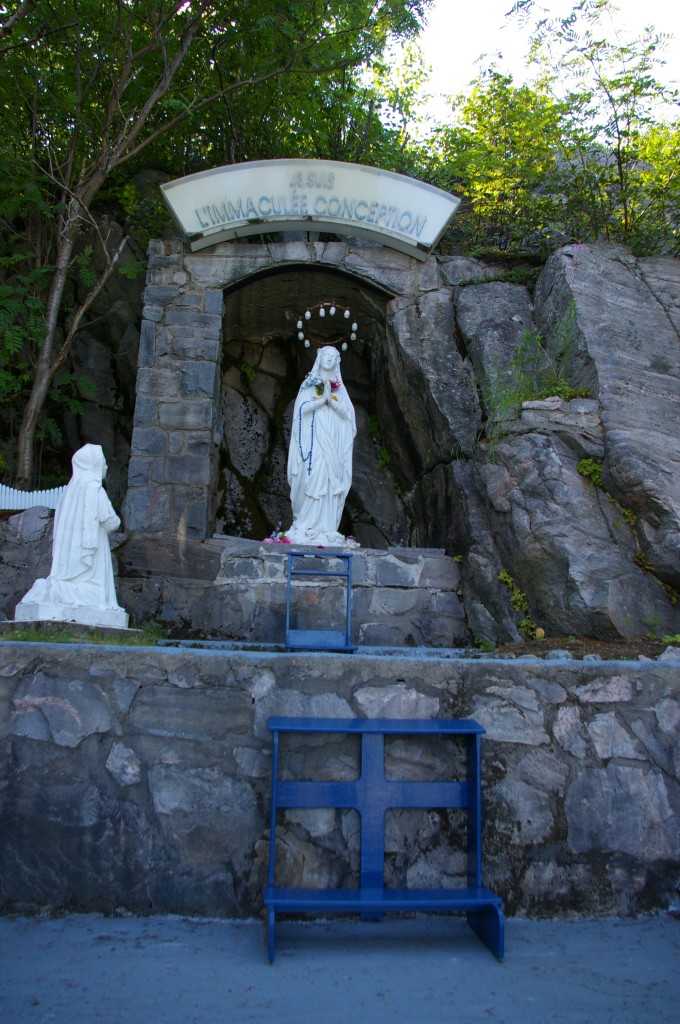