D & rsquo vertical takeoff and a UFO in Roberval

Written from the original testimony and responses during the survey text 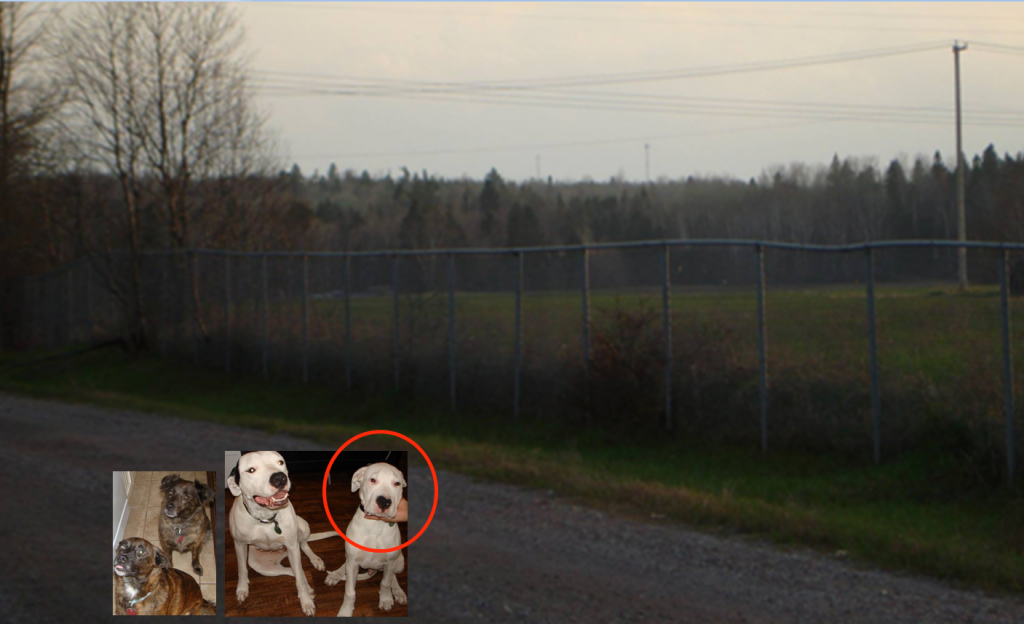 Suddenly, one dog, male dogo argentino, began barking in the direction of the forest, which was on the other side of a field. His hair was ruffled, et il salivait I jappant. The spouse of the witness observed the dogo argentino, not understanding behavior. The control, meanwhile, looked in the direction of the forest. She then saw a black and oval shape, she spontaneously associated with a hockey puck… This " puck Hockey "rose abruptly from the ground, remained suspended two or three seconds above the forest, then she went at full speed toward the northwest in an oblique movement and disappeared Instantly. Because of the noise emitted by pools of water purification, it has not been possible to notice whether a particular its shape or not accompanied.

The sighting lasted about 10 seconds. The spouse of the witness, whose attention is focused on the behavior of the dogo argentino, did not see the UFO. Even when it disappeared, the dogo argentino continued to be stirred. They even had the strength to pull the collar to bring him back to the car. Other dogs, who were further back at the event, had no particular reaction. Once in the car, Argentine mastiff seemed to have completely forgotten about the event.

The witness has provided us with a map on which she said observation point, its angle, the take-off of the object and the path that it was performed before disappearing. By means of Google Earth, we were able to establish that the subject stood at 700 m of the control.

A map showing the position of the control and that of the object, established from the map provided by the witness.

She also provided us with pictures of his angle of view at the time of observation. On one of them, it has been added to the felt and its trajectories. 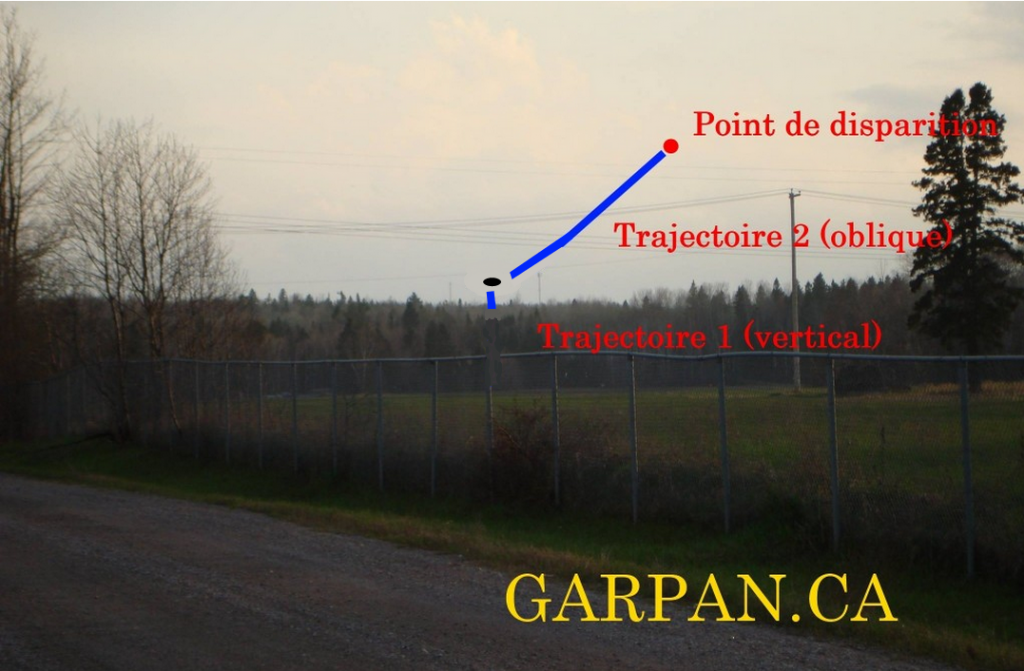 Photo showing the two paths of the UFO
Reproduced from the drawing felt the witness and an original photograph taken by the witness at the scene of observation. 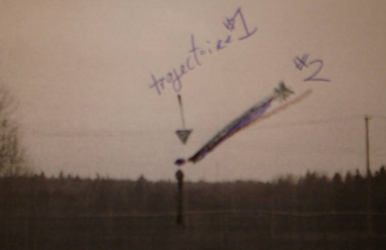 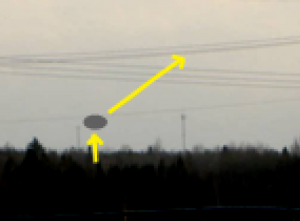 The witness was unable to assess the real size of the object, if he had the apparent size of a hockey puck. It is difficult to determine what the witness meant by such a size. We assume that this is not the actual size of a washer, which is 7,62 cm diameter. In such a case, subject, observed 700 m, have more than a hundred meters wide, which obviously does not correspond to the & rsquo; case reported…

Written testimony received during the reporting

"The whole thing happened on 13 more 2014 Roberval, a city in Lac-Saint-Jean, around 19 h 30. I walked to the field of water purification is the Rank 1, with my spouse and 4 dogs. When we reached the end of the site, my male dog became bristling and started barking looking towards the forest. My husband looked at the dog without understanding, and meanwhile j & rsquo; looked up into the forest and c & rsquo;'s where j & rsquo; saw a "black hockey puck" one shot from the ground up, stay may be 2 or 3 seconds between two current transistors, and then POUFF! Nothing.

I'm sure what I saw. More, there is no chance that it is a plane or helicopter, as the city airport is completely across the Rank 1 and it was still daylight. »