The witness took a walk near the Yacht Club Longueuil when he saw this strange character. At first it was the shape of his head that drew his attention, a sort of elongated face to look like a kind of horse. The humanoid appeared to be topless, or at least the witness was able to observe the color of skin on his chest without being able to say with certainty whether it was really the epidermis or an outfit. Strangely, head movement was singular entity, it was like the head movements of an animal. More, humanoid seemed to scan the place, without worrying about anything.

The witness was hiding in the surrounding vegetation fear of being spotted. It could take three (3) pictures with a cell phone Sony Xperia SP 8 megapixel. Since humanoid was about 20 – 25m (a pool of water between the witness and the humanoid), the witness zooms in on the character. The zoom of the camera is digital, and the focus on making these devices automatically, photos found themselves a little blurry.

After taking three photos, be turned and left quietly disappearing among the trees. The witness took the opportunity to leave but also in the reverse direction. 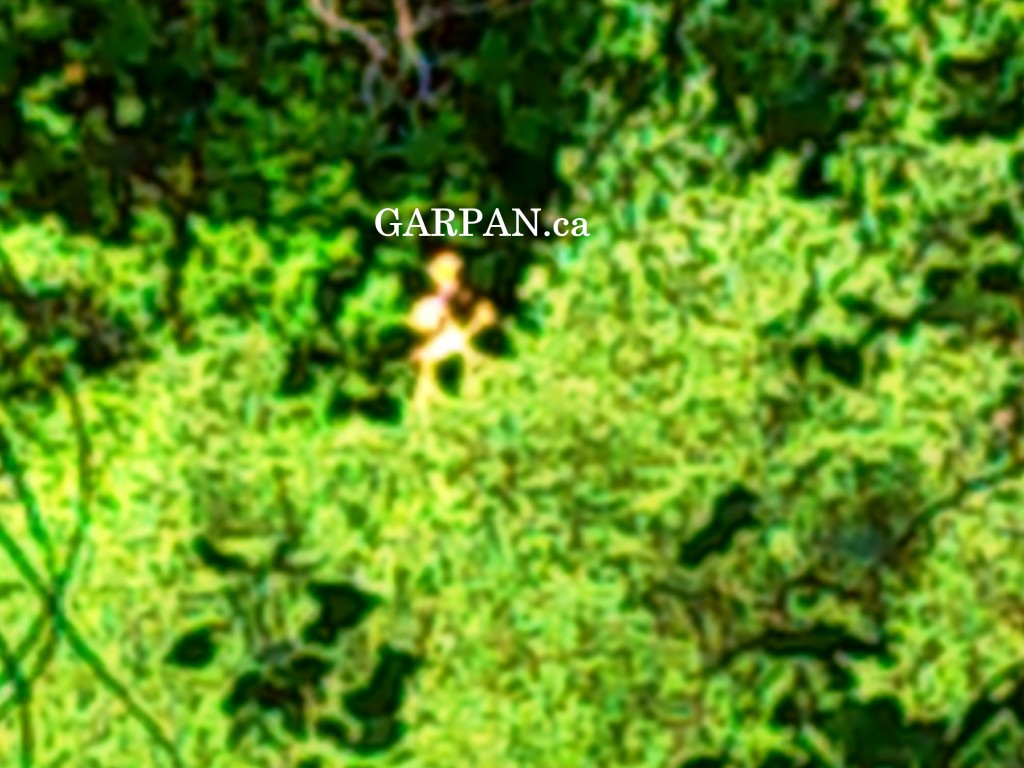 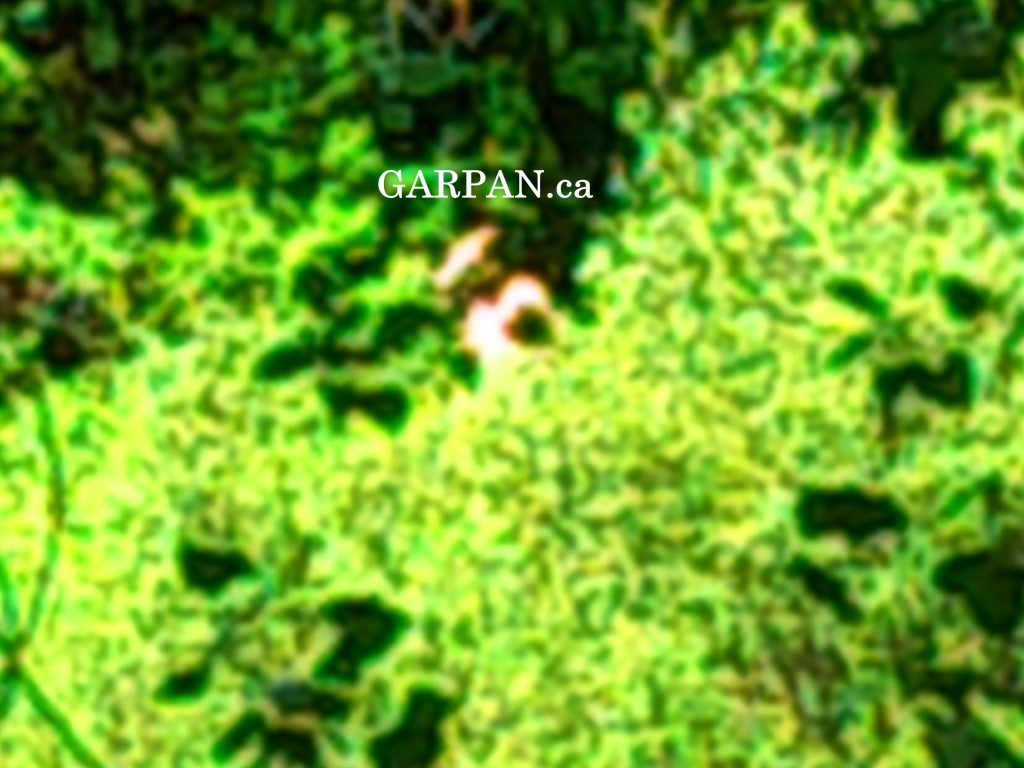 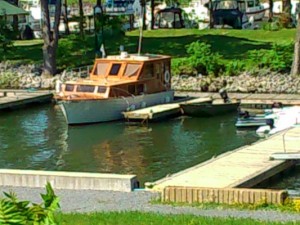 Then I continued my walk, either between the club and parking RV camping… Usually on the edge of the pond there is often fishermen, So out of curiosity I observed while wanting to see the water level must be high enough after the rain. Except that I thought I saw a person but the shape of the elongated head caught my eye Whoo… I wondered : “What is it?”. Very strange I'm behind wooded and I'm careful not to be noticed…

Not, there is no filming and if it is a good mask and it is very successful. I observed very briefly under 2 minutes, he looked around completely carefree and quiet, he moved slowly then it returned to the trail and I have seen him… I did not stay very long. Contrary to what you may consider that it would result in an event like seeing an alien ? Although this puts all our words contradict : because it is the total empty, we think nothing.

Brief, everything is very strange, I was still the shakes when taking these shots… Following the thousand and one questions come to mind : Have been seen, or have been closer, if I had been on the other side of the pond that separated us… What would have happened ?

I can add that the water was very high here a path to date is dry : 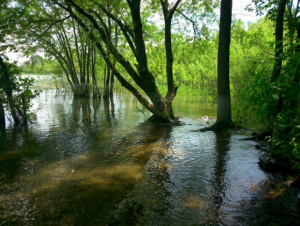 It is taken much further pass the restaurant from the Marina and taken another day.

We sometimes hear strange cases like this, but when that happens we wow! Often returns even review the pictures taken to see if we actually did see it, attempts to convince him otherwise but it is there! Phew then this is the time that many questions come when you're not on the scene, the moment you do not think about what others may think… il n'y to TOI! And you can not count on anyone if you are seen etc.…. and then right after that I'll do what all the story count and make me a fool ? I have nothing to hide or prove, except to draw what ? I am a strong passion for what addresses the unusual so far from me the idea of ​​a hoax… Finally to you to try and put it on you just for me during this brief moment and believe me your reactions will be different really from what you expected.”

Notes
On the same day, about 10 hours, another witness has been involved in a strange phenomenon involving a humanoid. Funny synchronism, should we see a coincidence ?

Again thank you to witness!