The 25 September, the Garpan editions Finally, the book will come out "The humanoid Sainte-Marthe-sur-le-Lac», which was scheduled for the & rsquo; summer, but was delayed in order to return to the scene with the main witness and also d & rsquo; add some reconstitution of drawings. This book is expected, because the case has been known 2007. It was d & rsquo; first investigated by M. François C. Bourbeau of UFO-Alert Network, before the full GARPAN does the & rsquo; between investigation 2013 and 2015.

Our book The humanoid Sainte-Marthe-sur-le-Lac is divided into two parts : 1) long testimonies of witnesses preceded by the presentation of all the data necessary for the understanding of & rsquo; event ; 2) excellent comparative and philosophical study on the part of our France-Quebec colleague Guillemette who Tobi, as is his usual, we sign a text d & rsquo; great literary quality and UFO ! L & rsquo; book is richly illustrated. 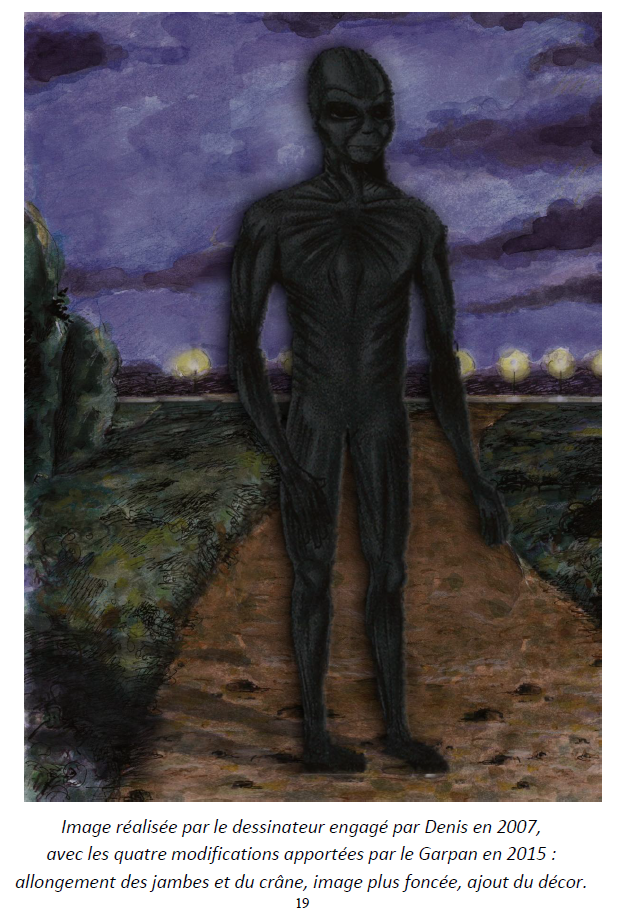 Some pages of the book

To generate the & rsquo; interest and above all to give a taste of our book, Now we present the chapter 12 s & rsquo; study Tobi Guillemette, which gives a good idea of ​​the depth of the views of the author and the constant clarity of literature, such that & rsquo; we see it in her tobottles contributions.

In this chapter l & rsquo; Expression "You don & rsquo; re not ready ! » is the "message" that & rsquo; one of the two witnesses withdrew his experience. Tobi developing here ufology reflections from this enigmatic word of the witness :