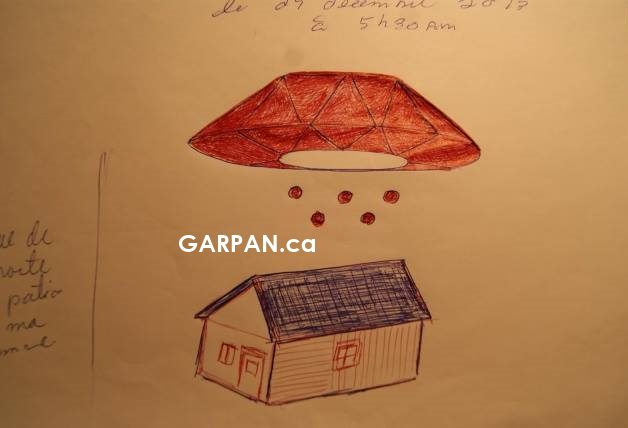 Here finally the testimony that all those who follow the investigation of the humanoid St-Zenon waiting ! car, we remember, the famous humanoid was seen on 14 January 2014, while watching the red flying saucer date fortnight before, either 29 December 2013, and another witness, his wife. This testimony is of course important in itself, but the fact that it concerns a UFO seen directly above the scene of the fateful encounter with humanoid, can only strengthen, On s'en learned, the likelihood of extraordinary encounter with a very large non-human, wearing an ultra-tight uniform technology.

The 29 December 2013, to 3:30 am, une dame, mother of three, was insomnia, sitting in his living room since ooh45. Suddenly, an intense red light penetrates through the thin transparent white curtains and invades the living room. She looks outwards and his court-rear is illuminated by a red soucoupique form garage overlooking the backyard : a beam of white light beating down vertically from a circular source in the UFO. In this pillar of light is five (5) red balls.

The lady feels so completely paralyzed, unable to move his legs and or anything, although it tries to animate "his vocal cords", not only able to shout… It remains in this state before the phenomenon during a time that seemed "an eternity", and it evaluates 10 to 15 minutes.

Finally, five balls of red lights gather to form a more massive, which rises soon at the center of the white light source, to enter. The flying saucer disappears in the next second, "In a split second, as if someone had closed a switch "… 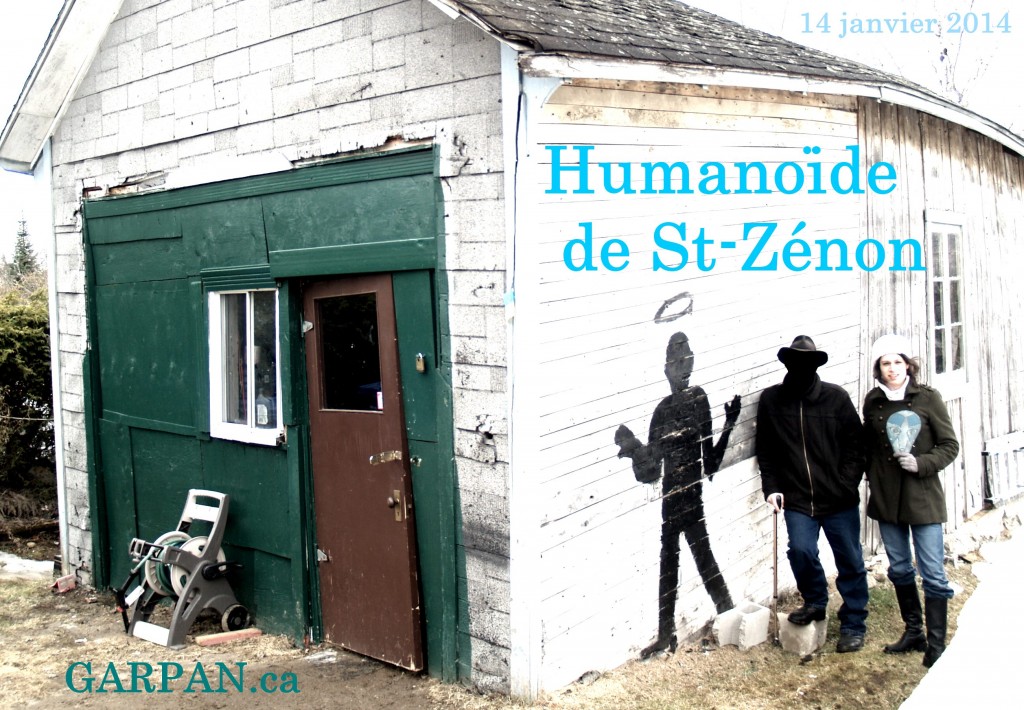 The 18 April, we performed, after many delays, our investigation on the site of the encounter with the humanoid, which, contact Burlesque this old garage containing nothing special, only makes more mysterious the whole story. The GARPAN again appeals to our colleague Jean Morissette (Paranormal researcher) to complete this survey. We have made several discoveries and had just time on a multitude of details, including the detailed description of "how to work the mask" of the creature : 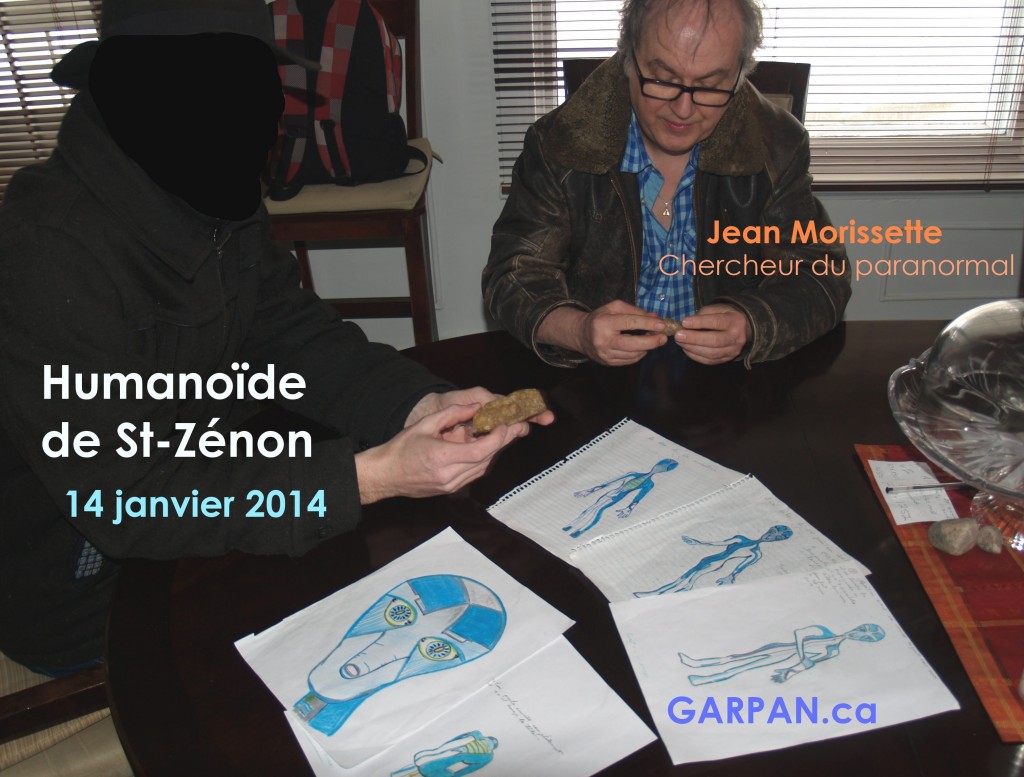 We will soon publish new segments of interviews, and later, a cinematic reconstruction of the Meeting, with "playing himself" indicator, on Demand GARPAN.

His side, Jean Morissette provide a report on his blog : http://jm7ocipe.skyrock.com/