The 8 October will be the third UFO Congress in Montreal, organized by experimental exoterism and GARPAN. The theme this year is "From awareness to the & rsquo; infinity" and & rsquo; d & rsquo invited; honor is none other than M. Jean-Pierre Petit, eminent scientist and president of & rsquo; French Association UFO-Science. M. Small is indeed very renowned in the field of & rsquo; ufology and his name is particularly associated with the "MHD (MHD) »Et aux« Ummites ». He will give us a conference entitled "Integrity and competence" and will promote his forthcoming book. 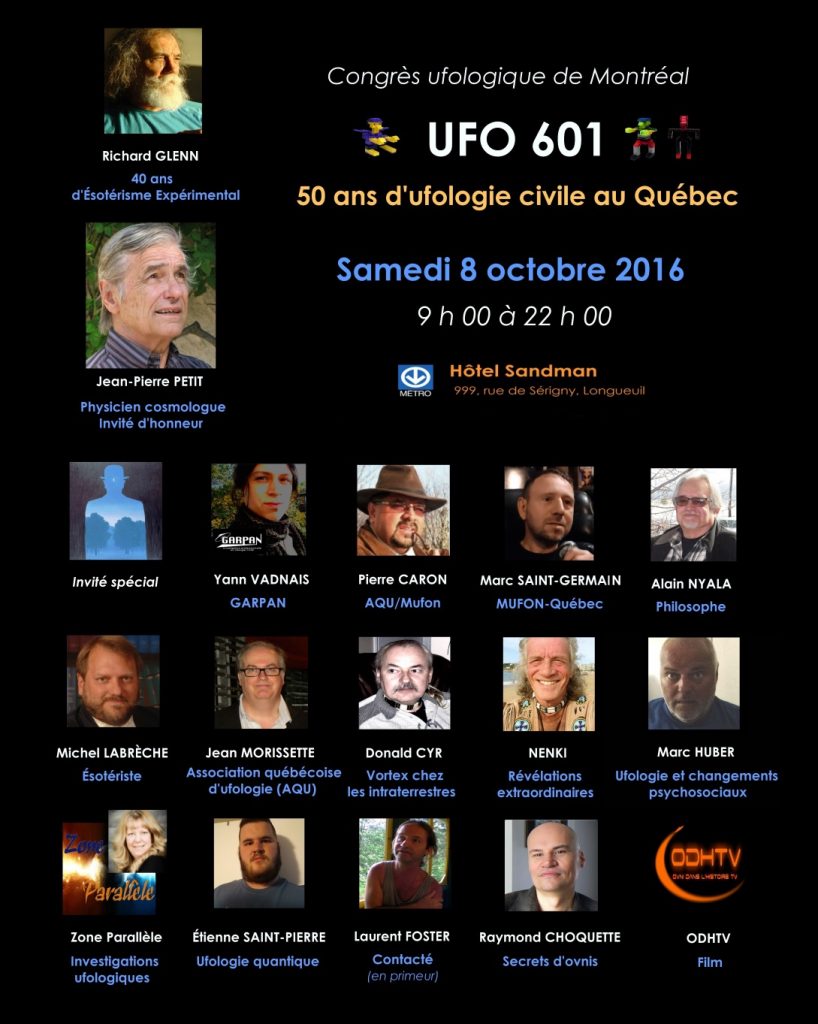 Do not miss the annual meeting of the & rsquo; ufology in Quebec !

We will use the & rsquo; event to present the first press conference on UFOs that Quebec will highlight " 50 years of & rsquo; civilian ufology in Quebec (1966-2016)». This historic event will be broadcast LIVE on YouTube channel GARPAN, and several media should be present. Fourteen personalities of & rsquo; ufology (investigators, researchers, witnesses, contacted) s & rsquo; speak on the subject and reveal to the public and media elements and the most important conclusions of fifty years of research and d & rsquo; investigations into civilian ufology in Quebec.

We must also understand that this "press conference" comes three months after the « First Canadian Hearing for UFO Disclosure», the 26 June 2016, at the UFO Congress Brantford, in Ontario. This event was a success and extensively reported in the media and social networks.