The 29 June 20 July 2015, Texas El Paso au, Both events were impressive UFO captured image. The first was a mass of observation which was photographed by two d & rsquo points observation, not counting other eyewitnesses. As c & rsquo; is both like two records Garpan, we take l & rsquo; initiative to put in comparison :

The fact that not only the shape and color match, but that & rsquo; s more & rsquo; d & UFO has appeared rsquo; portal, or as "outgoing d & rsquo; a tear from heaven" according to a witness Napierville, in August 2013, very significant. Note also that UFOs are mostly glimpses night. Or, cases of & rsquo; El Paso and Napierville were observed day. 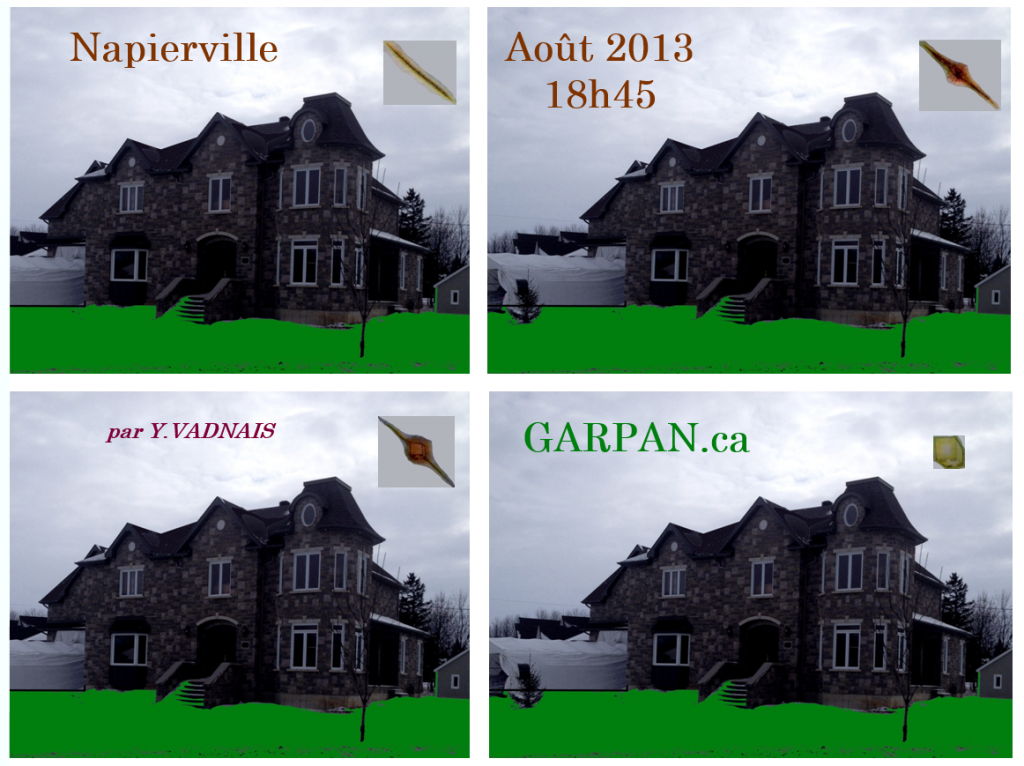 We have already published an article on the case of Napierville, you can also find in our book Investigate UFOs for understanding our reality, Forty cases of Quebec (1973-2013).
Consult the & rsquo; s article & rsquo; cubic UFO Napierville. 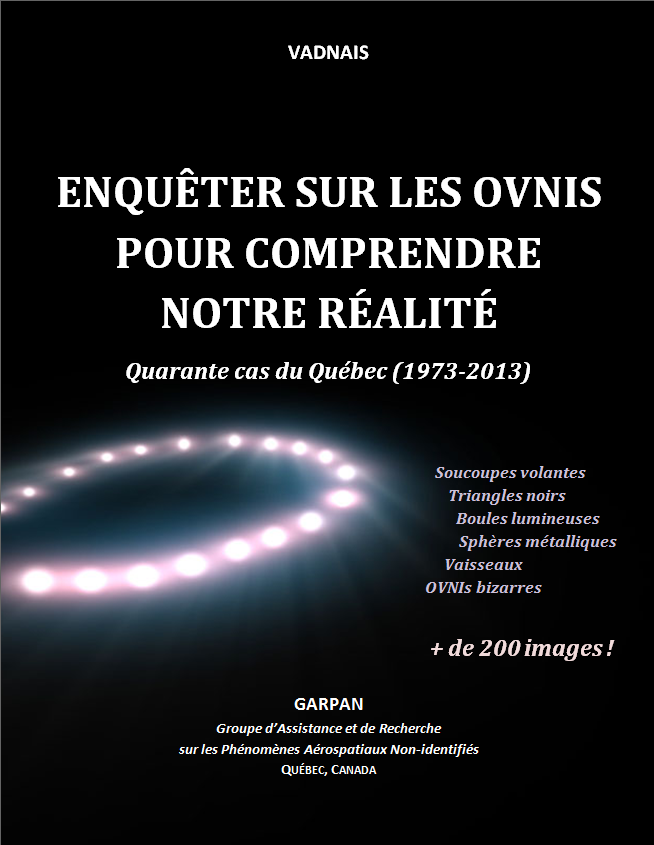 See the photograph of 20 July 2015, taken around noon, back to El Paso, we aknowledge

"It n & rsquo; has not been a big event that j & rsquo; have witnessed, but more as an accidental photograph something really strange… I was taking pictures of the beautiful colors and textures created in clouds by sunset. J & rsquo; took three photos for both m & rsquo; ensure quality, I don & rsquo; have not really noticed that I & rsquo; have captured during 20 minutes until & rsquo; that I show my wife what great pictures j & rsquo; had taken. J & rsquo; took two similar photos before [the third] and & rsquo; n & rsquo object, was not in the sky. It n & rsquo; there was no & rsquo; birds everywhere SINCE & rsquo; n & rsquo it; there is no & rsquo; trees on this side of life, not much for the birds. So I l,I posted on Facebook and my wife's cousin m & rsquo; s & rsquo showed; history of black cube [sic] from what seemed a portal, [event] which also happened in El Paso, au Texas[, the 29 June 2015]. More & rsquo; a story for this case also, then j & rsquo; thought : "Why not go to the & rsquo; before and publicize mine too. ». (Translation of Garpan)

« It wasnt some big event that I observed, more like an accidental picture of something really strange… I Was snapping pictures of the beautiful colors and textures created in the clouds by the sun setting. I take three pictures at a time for quality assurance, i didnt really notice what i caught until 20 mins later when i showed my wife what great pictures i took. Then we came across the picture im talking about, and we were baffled as to what it could be… i took two similar pictures before and the object was not there in the sky.. there were no birds around cause there arent any trees on this side of town, not really enough for much bird activity. So i posted it on facebook and a cousin of my wife showed me a story of a black cube coming from what seemed to be a portal, which also happened in El Paso, Texas [June 29th 2015]. More than one story of this instance as well, so i thought why not go ahead and put mine as well. »

In comparison to this case, we come out of a folder 28 October 2014, which here are two drawings by the witness who observed "the hook protruding from the clouds" for about five minutes. The presence of the helicopters is certainly remarkable and intriguing. Unfortunately we have no other evidence about this mysterious observation is being held, her too, by day, to 9 h 45 in the morning.

I concede that this comparison is less obvious than the first presented above. However, it is noted that & rsquo; it is very rare that & rsquo; a UFO sighting is only "in a tapered shape than under d & rsquo; a cloud mass".

Tell us what you think in the section Comments.